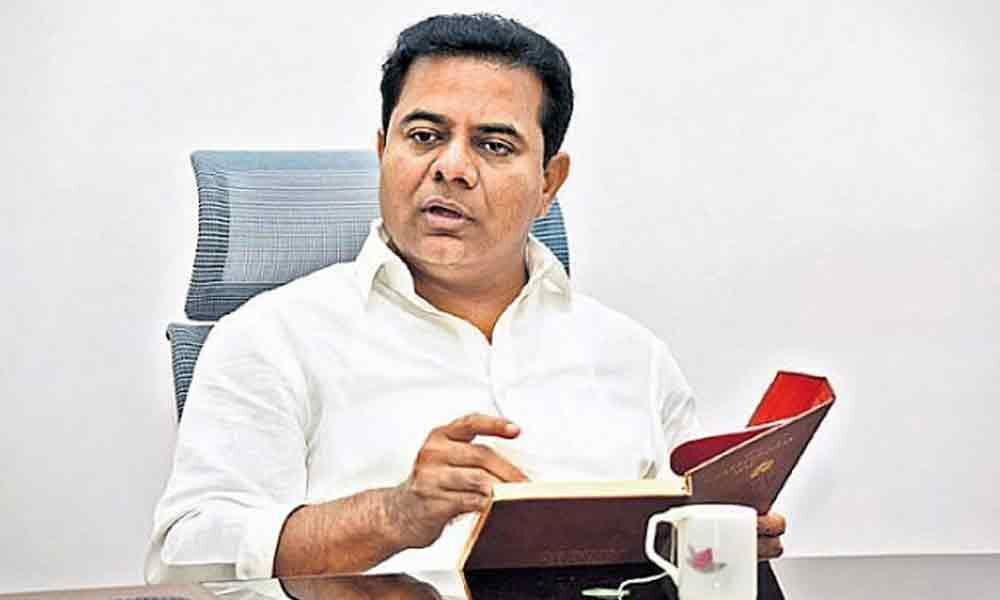 Directing the membership drive in-charges to speed up the process, TRS working president K T Rama Rao asked the party leaders to focus on urban areas in the wake of ensuing municipal elections.

The TRS working president reviewed the membership drive of the party with the in-charges through tele-conference on Monday. Rama Rao talked to the party leaders including MLAs, MPs and other senior leaders and appreciated their efforts for effective membership drive.

He wanted the leaders to have special focus on the urban areas keeping in mind the municipal elections. "Make sure membership is given to the intellectuals and professionals in different fields.

As the youth are showing enthusiasm to join the party, have special counters and online facilities should be made available," he said.

Rama Rao said with municipal elections around the corner, the leaders should give importance to the urban areas. The senior leaders of the party should promote the message in local televisions and WhatsApp groups and other social medial platforms.

The TRS working president asked the party leaders to go door to door and give membership. Since the agriculture season has started, the leaders should go to the villagers during daytime and during evening by taking up special programmes.

The party affiliated organisations should show pro-activeness in the drive, he said.

Rama Rao asked the leaders to give details of membership village, mandal and district level to the State leadership, which would be showed to the party president and Chief Minister K Chandrashekar Rao after digitisation.