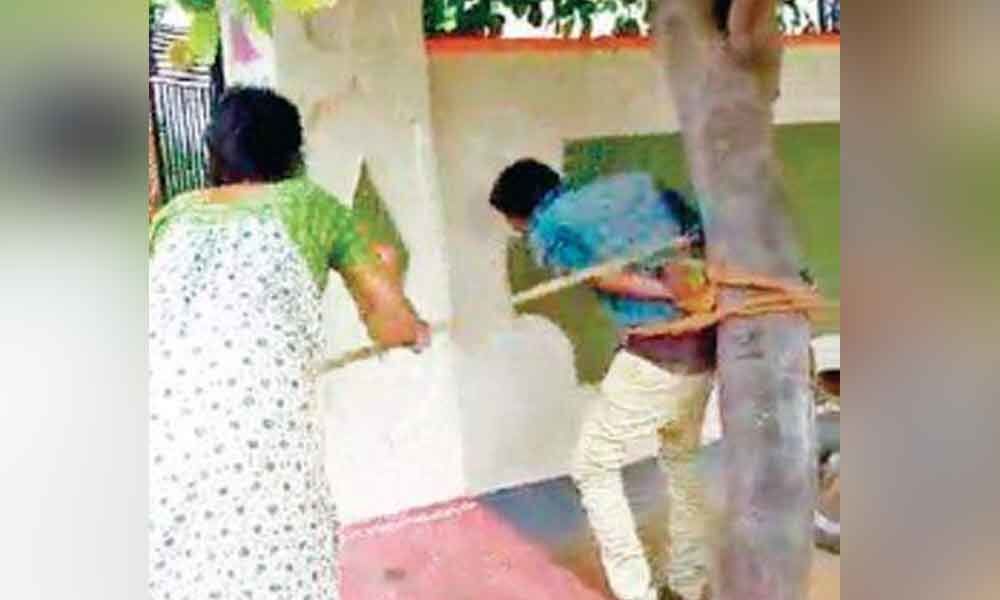 A man was thrashed on Thursday for allegedly harassing a woman for the past one month here at Nalgonda.

The accused, B Srisailam, a resident of Arjalabhavi street used to arrive in front of the victim's house and made profane comments against the woman when she came out of the house.

According to the victim, the accused demanded her phone number and when she refused, he has been stalking her and made vulgar signs at her. Fed up with the man's actions, the woman informed her husband. On Thursday, the woman and her husband caught the accused and tied him up to a tree.

The couple then thrashed him and later handed over to the police.