Manholes being fixed in Alwal 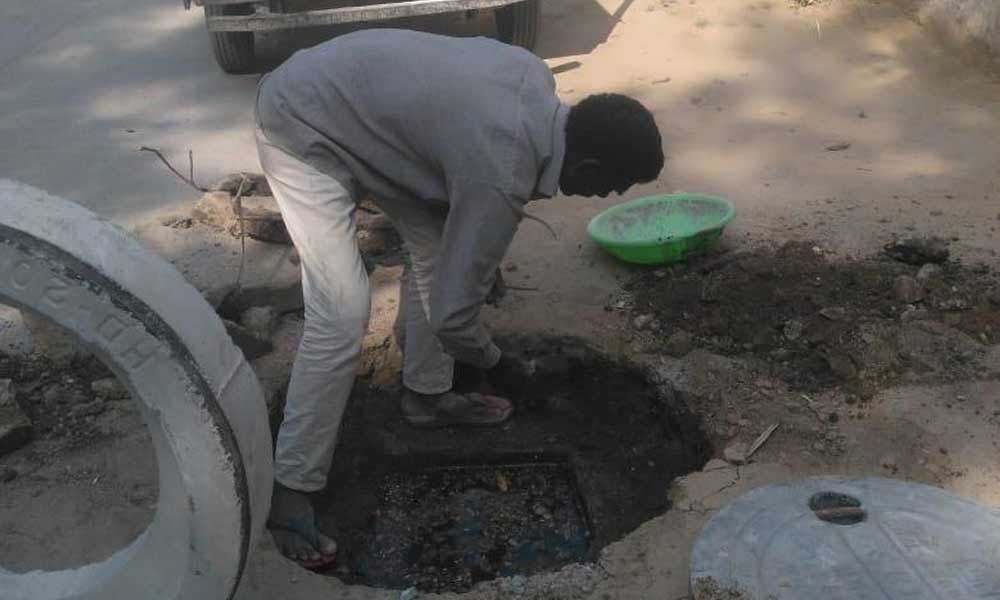 Virat Datta, Executive Engineer, GHMC-Alwal, says that the 40% of repairing works have been completed and the remaining will be completed soon

Alwal: The Greater Hyderabad Municipal Corporation (GHMC) is restoring all the manholes and also simultaneously taking up repairing works of drainage pipelines in Alwal.

Total of Rs 7 lakh has been approved and the works began on March 13.

He also said they have already completed 40% of repairing works and rest 60% would be completed soon.

People of Alwal area faced a lot of problems due to sewage overflow and especially during monsoon the road condition used to be worst, usual scene of slippery sewage floated, stinking, one cannot pass through and sense uneasiness, and unpleasant.

After the restoration the area and the road will be back to normal and a sense of great relief to the locals.

There are more than 100 manholes out of which 50% were uneven so officials have planned to repair the manholes for the betterment of the citizen.

It will get completed by the end of March.