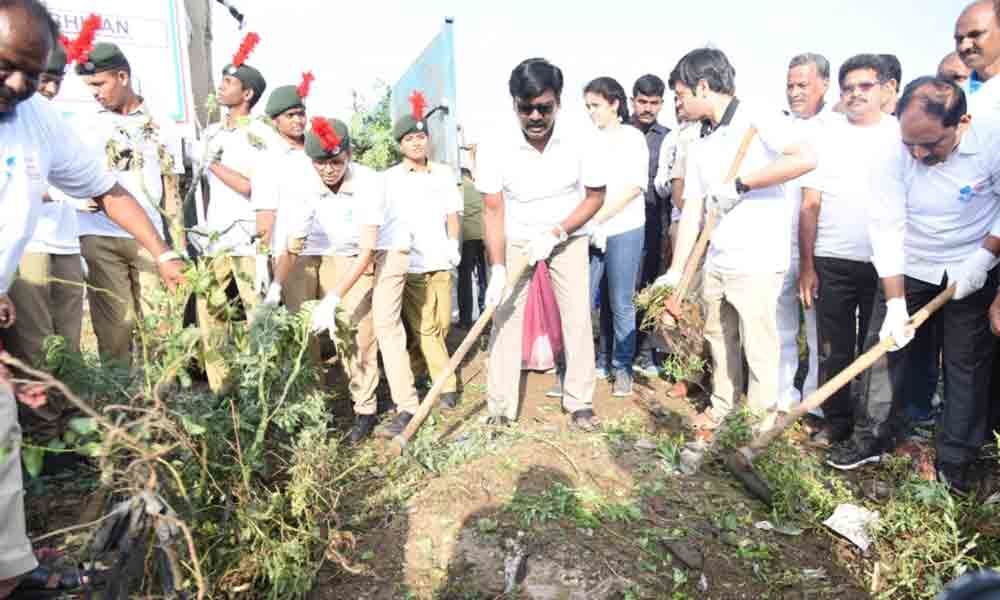 MLA Puvvada Ajay Kumar, Khammam Mayor G Papalal, Joint Collector Anurag Jayanthi and Zilla Parishad CEO Ch Priyanka along with a large number of NCC volunteers and others cleaned the stream as part of Jal Shakti Abhiyan. Before that beginning of the cleaning drive, they took out a rally and reached the stream.

The stream which is used for immersion of Batukammas has been lacking sufficient water. To ensure smooth flow of rainwater into the stream, the cleaning drive was taken up, said the officials.

"Lack of sufficient water and spread of water hyacinth and other weeds have been choking the stream. Clearing the stream of weeds and bushes will recharge of groundwater level in its vicinity," Puvvada said.

Joint Collector Jayanti, Mayor Papalal and the ZP CEO Priyanka explained the importance of Jal Shakti Abhiyan implemented by the Central government to conserve and develop water resources. Increase in green cover will help in more rains, they added.