No space for free discussion, dissent in the country: KTR 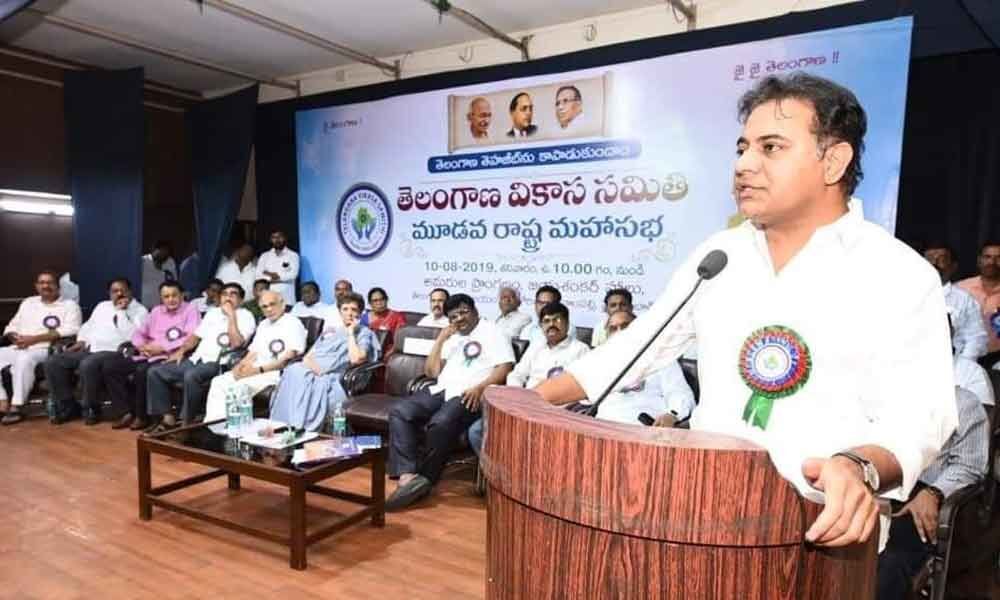 Says, “if you are with me...you are a patriot...or else a traitor, is the present situation in the country.”

"If you are with me...you are a patriot...or else a traitor, is the present situation in the country," he said.

Rama Rao made these remarks at the third Mahasabha of Telangana Vikasa Samithi held at Telugu University auditorium in Nampally here on Saturday.

"It is very sad that we could not ensure respect to the Father of the Nation," Rama Rao rued. Democracy will be in danger if there was no scope to differ or have an alternative opinion, he said.

"A religion can have a language, but a language cannot have a religion. There are many others who are very proficient in Urdu and match up to Muslims.

Secularism does not mean giving too much importance to one religion and discriminating others. Secularism means treating every religion with respect," Rama Rao said.

He pointed out that a countrywide debate is going on people's beliefs, views and freedom of speech.

Further, he said that the situation in Telangana and Hyderabad was very different with good harmony among people and respect given to people of all religions.

People, here, have the liberty to express their views freely, he stressed. Vikasa Samithi should feel free to point out any shortcomings in governance, he said.