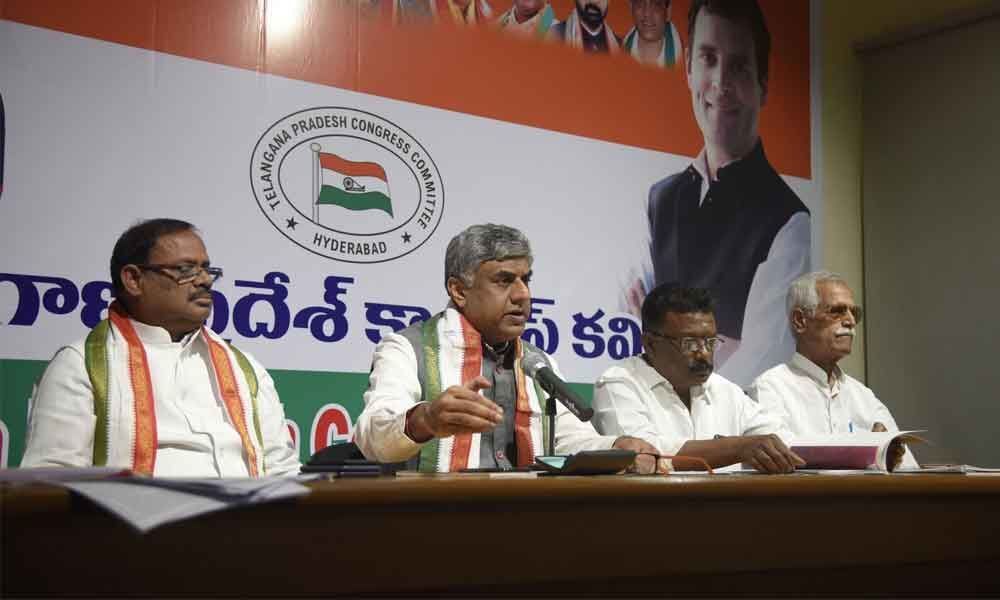 Hyderabad: All India Congress Committee (AICC) spokesperson Rajiv Gowda on Thursday said that the manifesto released by party president Rahul Gandhi would be a blue print for the Congress to act on various issues of the country after forming the government at the Centre.

Addressing the media, he said that his party's manifesto was made on basis of the feedback given by intellectuals and people of the country. Commenting on the 'Nyay' scheme, he described it as surgical strike on poverty in the country.

He added that Rs 6,000 per month would be deposited into the bank accounts of the poor people of the country under the scheme after the party comes to power at the Centre.

He also said the Congress party has promised to eradicate unemployment by creating employment opportunities in the country.

Gowda further said they would modernise Indian Railways and would also remove the problems faced by traders and businessmen due to GST.

He said a special mechanism would be put in place to prevent attacks on women in the country. Gowda said they would also implement the Forest Rights Act in order to help the tribals of the country.

He also said they would also conduct free clinical tests and provide free medicines to the people of the country at hospitals. He said three per cent of the total allocations in GDP would be spent on the Health sector in the country.

He urged the people of the State to vote for the party and ensure its grand victory in all the 17 MP seats.