Parents In A Tizzy: Schools demand fee for entire year 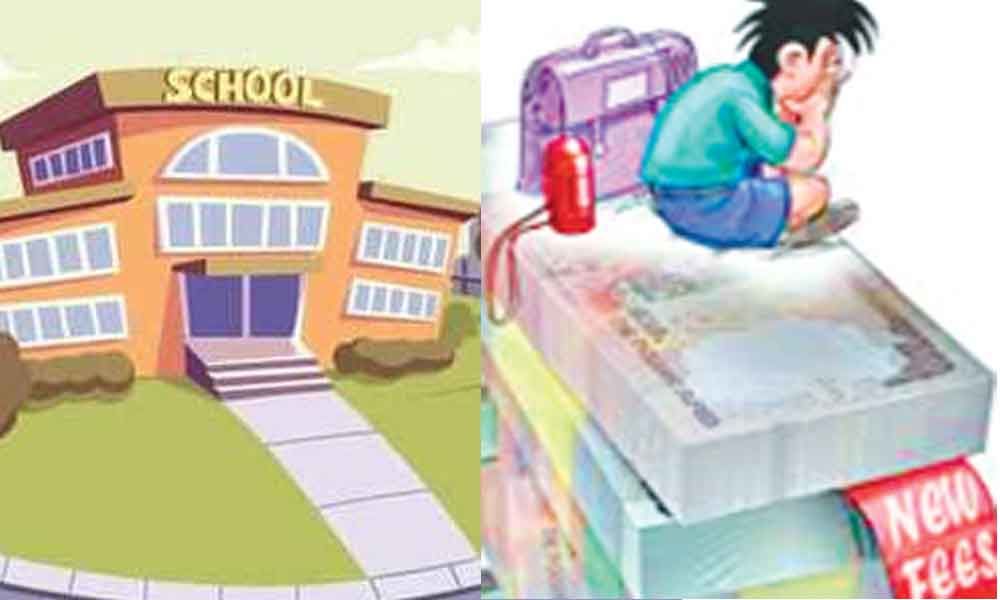 Online classes started only in June, yet they are demanding fees for the entire year

Secunderabad: The parents who started sending their children back to their schools are in a rude shock as the private schools (State Board) have started demanding fees for complete academic year.

Barely four days after the schools reopened, private schools affiliated to the state board have been demanding 12 months fee for the 7 months of schooling for Classes IX and X.

Scores of parents have raised objections over the demand for entire fees. Some of them speaking to The Hans India said that they will not pay complete fee, even if the physical classes resume.

Sakshi Jhanjotad, whose daughter is studying in Class X, said that the management threatened that they will not issue a hall-ticket to her daughter, if her parents refrain from paying the entire fee for this academic year.

"My daughter has not been attending online classes too.Then why should I pay fee for 12 months?" she questioned.

Further, the schools want the entire fee to be paid, but they cut salaries of teachers by 30 percent. A few schools even terminated services of teaching staff during the pandemic. Parents question the full fee demand under these circumstances.

The physical classes started in February, and hardly four months are left for the academic year to close. "The schools should have collected fees only for these four months. There is no one to stop these corporate schools," rued a parent.