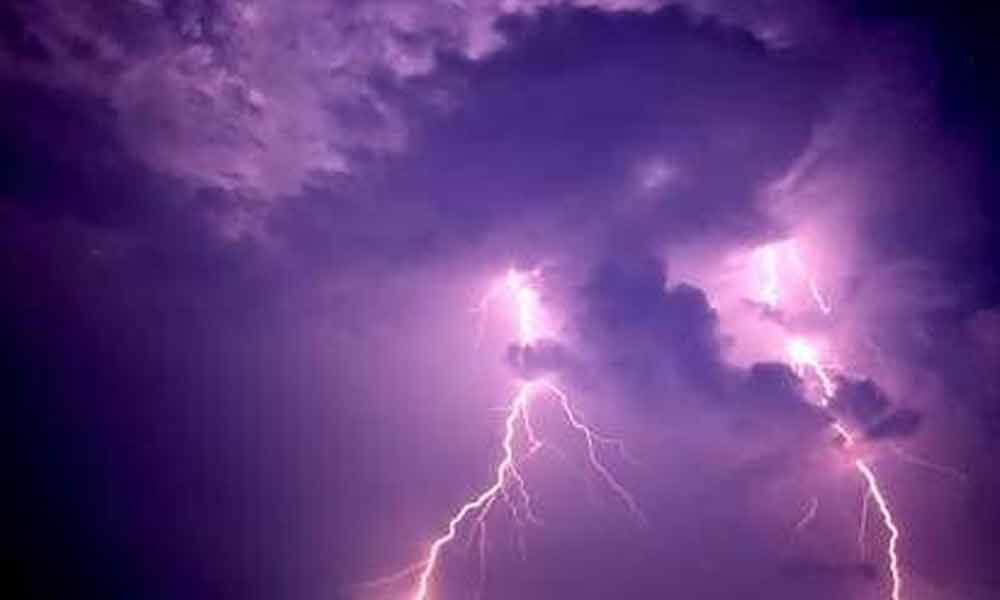 Hyderabad: An upper air cyclonic circulation lays over Telangana and the adjoining North Interior Karnataka states and under its influence light to moderate rainfall occurred in various districts of Telangana on Sunday evening.

The unexpected showers led to stagnation of water in low lying areas and power interruptions.

B Raja Rao, Meteorologist from IMD, Hyderabad said that this was a common phenomenon in the evenings and night in the pre-monsoon season.

Due to increase in day temperatures, relative humidity is more in the atmosphere in various places and this leads to instability and formation of Cumulonimbus clouds.

As a result thunderstorm activity accompanied by lightning and light to moderate rainfall is witnessed. Wherever clouds intensity is very severe, heavy rains will occur, Raja Rao said.