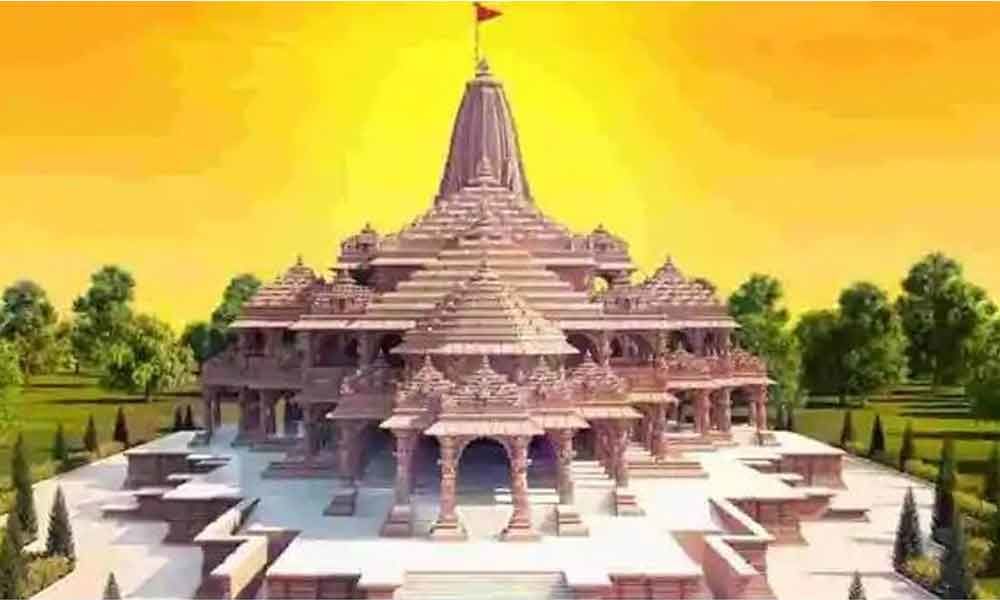 Abids: Representatives of the Sri Rama Janmabhoomi Mandir Nirman Nidhi Samarpan Abhiyan are to knock on the doors of Pragati Bhavan, the official residence of Chief Minister K Chandrashekar Rao.

According to the representatives of the trust, they are trying to seek an appointment with KCR to personally meet him and seek his contribution.

Speaking to The Hans India, representative of the Abhiyan RavinutalaSasidhar, the campaign has reached the nook and corner of Telangana and will seek contributions from everyone till February 20 for the construction of a grand temple for Lord Ram at Ayodhya.

He dismissed any discrimination towards political leaders or people's representatives of the ruling party. "We are reaching out to everyone, including political leaders of all the parties.People of faiths, other than Hindus, have been calling the volunteers and making their contributions."

Meanwhile, on Thursday, the Nidhi Samarpan Abhiyan reached out to advocates at Ranga Reddy district court to seek their contributions. Hundreds of advocates, including the district Court Bar Association president, former presidents, senior advocates, committee members, and others participated in the event organised at the main entrance of the court.

They offered their contributions for the temple. Addressing the gathering, RavinuthalaSashidhar observed that public faith in judiciary has gone up after the Supreme Court's verdict in the Ayodhya case after a legal battle lasting 135 years.