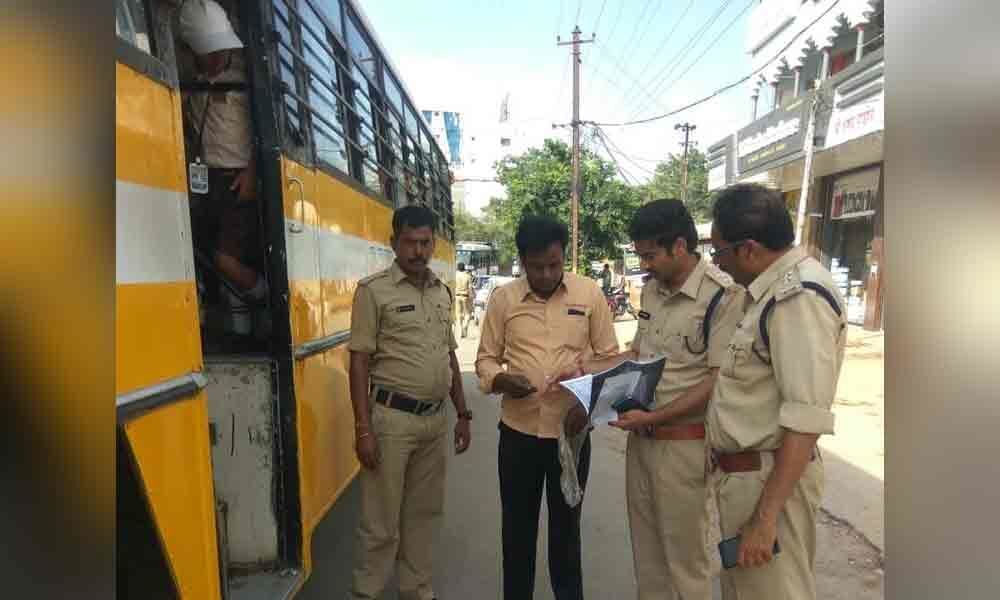 The RTO officials conducted a special drive on school buses in the district on Thursday.

The officials said that the managements were informed that buses would be detained for a period of three months if they are run without a fitness certificate. An application 'TS school bus' can be downloaded by parents on their phones to monitor the route and more details of the school buses.