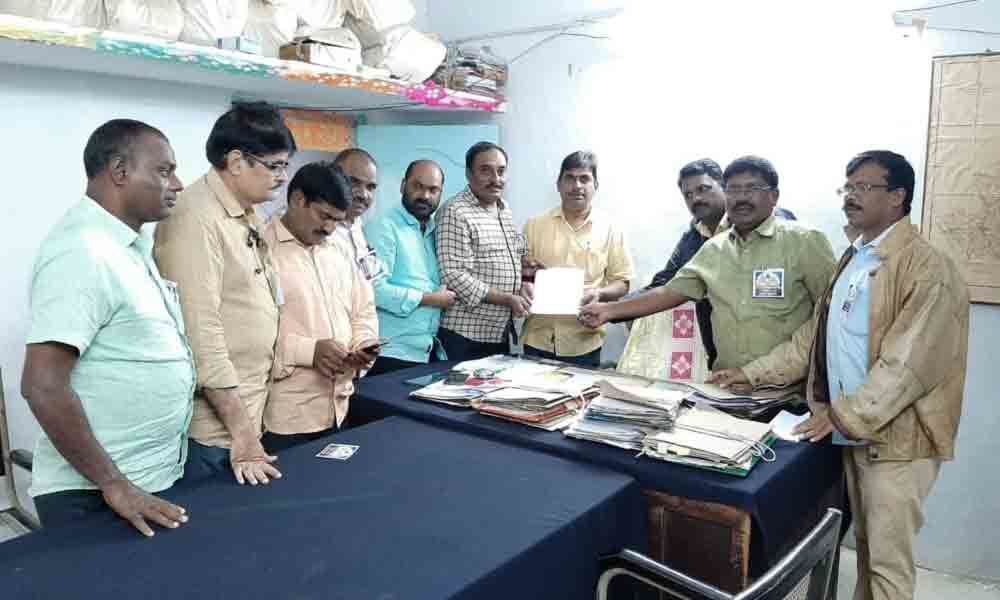 Before submitting the memorandum, a meeting was conducted by the Union representatives at the Press Club. Speaking on the occasion, Union State vice-president K Ramnarayana opposed the Central Government's policies with regard to journalists.

He also appealed to the government to not to compare journalists with industrial employees.

He demanded to implement same work and same pay policies all over the country besides withdrawing the Amendment of Labour Act-2019 immediately.