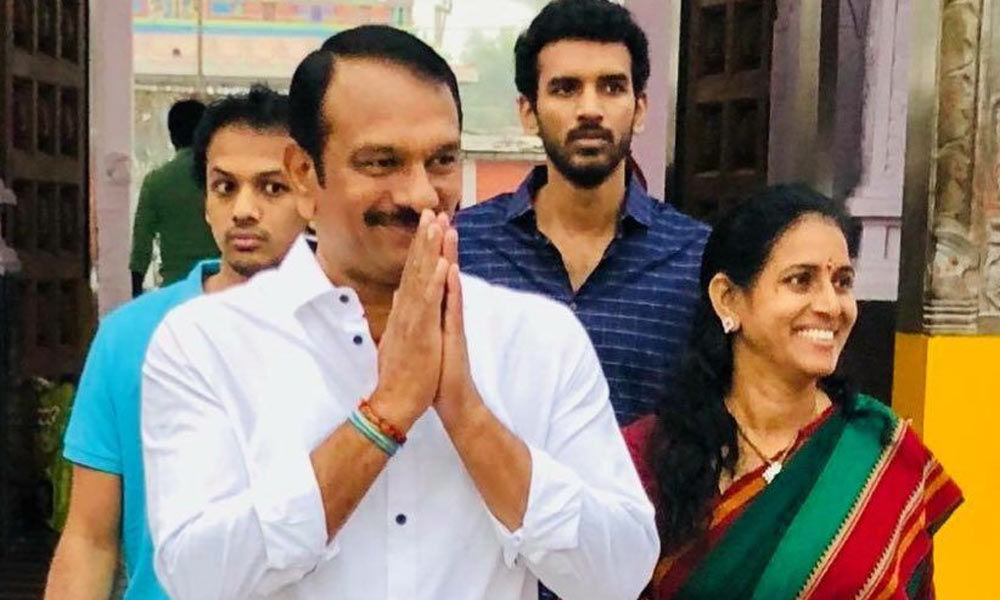 Hyderabad: Though the elections to the State Legislative Assembly are still three years away, some of the ruling Telangana Rashtra Samithi (TRS) MLAs seem to have begun groundwork as things do not look all spic and span in the political spectrum of the State.

Overtly diligent legislators are reaching out to people in their respective constituencies inquiring about their problems and solving them as they are taking up programmes like 'Palle Nidra', 'Shubhodayam' and others.

More than half-a-dozen MLAs are involved in taking up programmes to get in touch with the people in their constituencies. MLAs are not only going to the people, but are also taking officials along with them and if there are any issues, they are made to solve them instantaneously. TRS MLA from Armoor A Jeevan Reddy took up 'Namaste Navnatpur', travelling to different villages for nine days continuously and asked about the problems of the people.

Similarly, Kodad MLA also took up padayatra in the name of 'Prajala Kosam Pragathi Kosam' in the local municipality for about 50 days. Chevella MLA Kale Yadaiah also is busy going to people, covering one village everyday morning in the name of 'Shubhodayam'. The city MLAs too have joined the race as MLAs Pilot Rohit Reddy and Sudheer Reddy have also taken up programmes to reach out to the people in their constituencies.

In Warangal, Chief Whip Dasyam Vinay Bhaskar launched Praja Sankshema Pragathi Yatra to highlight the umpteen schemes initiated by the TRS government. The MLAs are sharing about their programmes through social media and people are also getting involved.

The change in the style of MLAs has become a topic of discussion among the people as they said that generally the public representatives visit the constituencies only during a government programme or party meetings, but these days they are coming to ask about their problems. Some opined that the leaders were afraid of the recent mandate of the people in elections like Dubbaka and Greater Hyderabad Municipal Corporation.

The BJP has been going aggressive in the State after these two elections and in this scenario, the party MLAs do not want to lose their grip in the constituency hence they are getting attached to the people, said a TRS leader.

Some of them said the MLAs were taking cue from their counterparts in Andhra Pradesh where the YSRCP MLA from Dharmavaram Kethireddy Venkatrami Reddy, who has been taking up a similar effort in the name of 'Good Morning Dharmavaram'. Whatever be the reasons, the people are happy with the MLAs coming to them and seeking their issues and also taking steps to solve them.