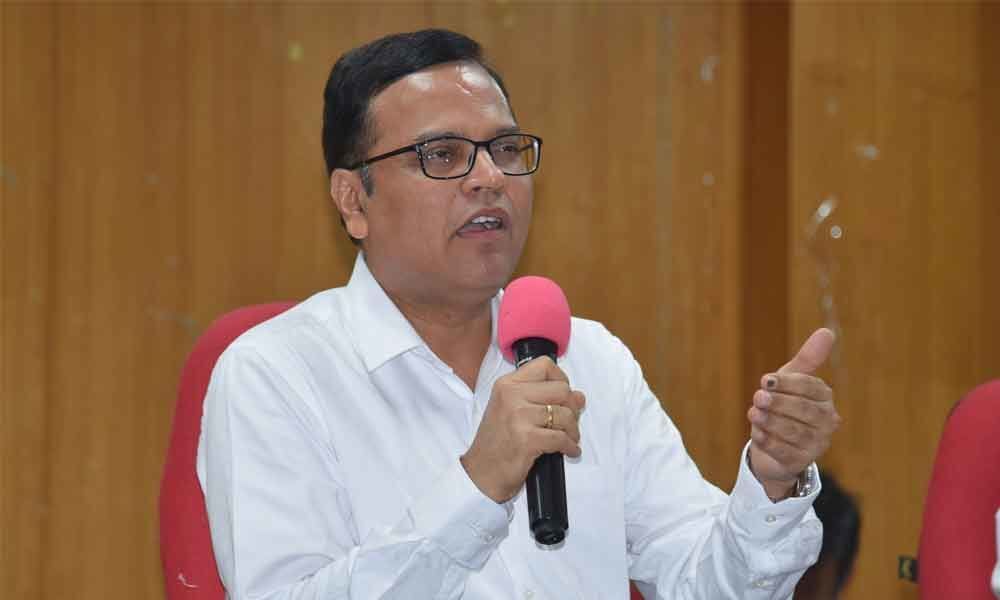 Hyderabad: Amid growing apprehensions over the status of State Finances after the introduction of a slew of welfare schemes in 2019-20 financial year, State Finance Secretary K Ramakrishna Rao on Tuesday clarified that the State's economy is buoyant and there is no room for financial crisis as projected by the opposition.

Addressing the press here, the official said the State is making rapid strides in all sectors with sound financial sources.

Telangana has been ranked No 1 in terms of growth rate as it is pegged at 16.3 per cent, surpassing all other States, while national average of growth rate was 9.7 per cent.

Even in State's own tax collections, the State stood first in the country and it is ought to get exemption of GST from the centre if the growth rate is below 14 per cent, he said.

There is no dearth of funds and the government is able to allocate funds to all schemes besides paying salaries on time to the employees, pensioners and the clearance of the bills, he added.

He also said the pending bills in the State are put at only Rs 3,474 crore and efforts are on to speed up the same for timely completion of the works of development programmes and projects.

The State was getting loans from institutions as per Fiscal Responsibility and Budget Management (FRBM) limits and will push the growth rate to a new high, he said.

Rythu Bandhu bills are being paid to the farmers online, he said. "The government released Rs 5,200 crore for the flagship Rythu Bandhu programme during Rabi season and the government paid bills up to Rs 2,000 crore.

Of Rs 46,960-crore project cost, so far, the government spent Rs 27,509 crore, he said, adding that Rs 659 crore was pending in the water scheme. Rythu Bandhu benefits will be paid from May last, he added.