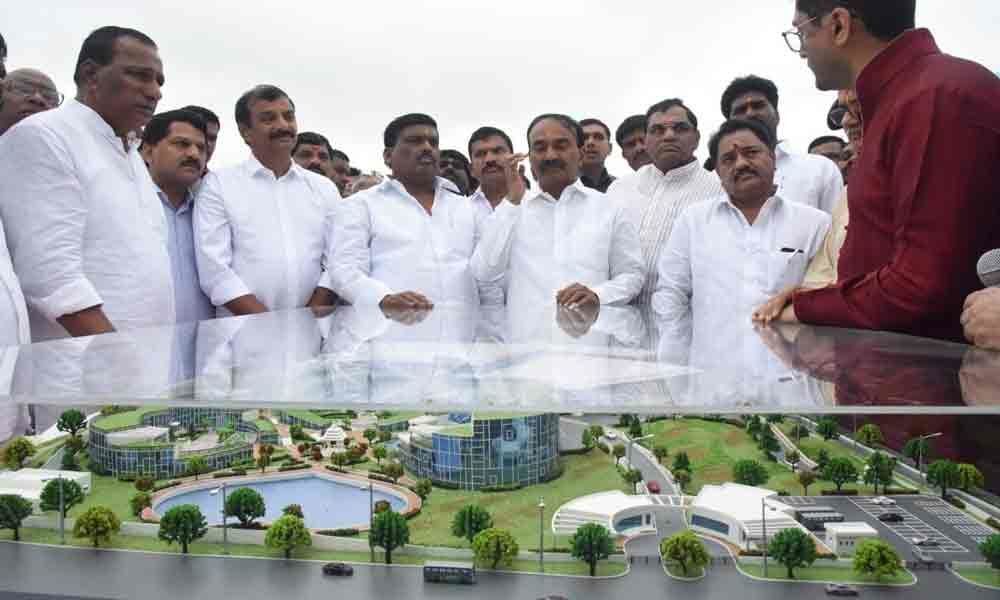 Ameenpur: Health Minister Eatala Rajender has said that Sultanpur Medical Devices Park is all set to become a role model in Telangana. He and Minister CH Malla Reddy on Monday performed 'bhumi pooja' of SMT Industry in Ameenpur mandal, which will manufacture stents.

Later, the ministers said that Hyderabad is emerging as an ideal city for industrialists across the world. They contended that people of Telangana were not jealous and that there was no place like Telangana for prevalence of law and order. 'A 24-hour power supply like nowhere else in the country is being provided in the state,' he said.

The ministers called for making stents at low cost to the poor by making use of technology. They assured that the government would extend assistance to the unit not only to emerge as the biggest in Asia, but also for its growth.

Local MLA Gudem Mahipal Reddy called for steps to solve the problems facing the Patancheru area. He said with the setting up of Rs 250-crore stent industry by Sahajanand Medical Technologies in the park would improve the employment opportunities for local residents.

The MLA said that the people of Patancheru had suffered because of water pollution caused by industries set up 40 years ago in Bollarum, Asanikunta, Kishtareddypet and Isnapur. The water pollution was causing ailments like cancer among the residents of these areas, as revealed by the national press, Mahipal Reddy pointed out while expressing anger.

People are now recovering, thanks to the steps taken after the TRS was voted to power. He wanted the ministers to take this aspect to the notice of the government. The MLA pleaded the ministers the case of some owners in Sultanpur facing problems following the set up of the park.

'They should be provided opportunities at places mines existed'. Among those present on the occasion were Medak MP Kotha Prabhakar Reddy, MLC Bhupal Reddy, officials and local people's representatives.