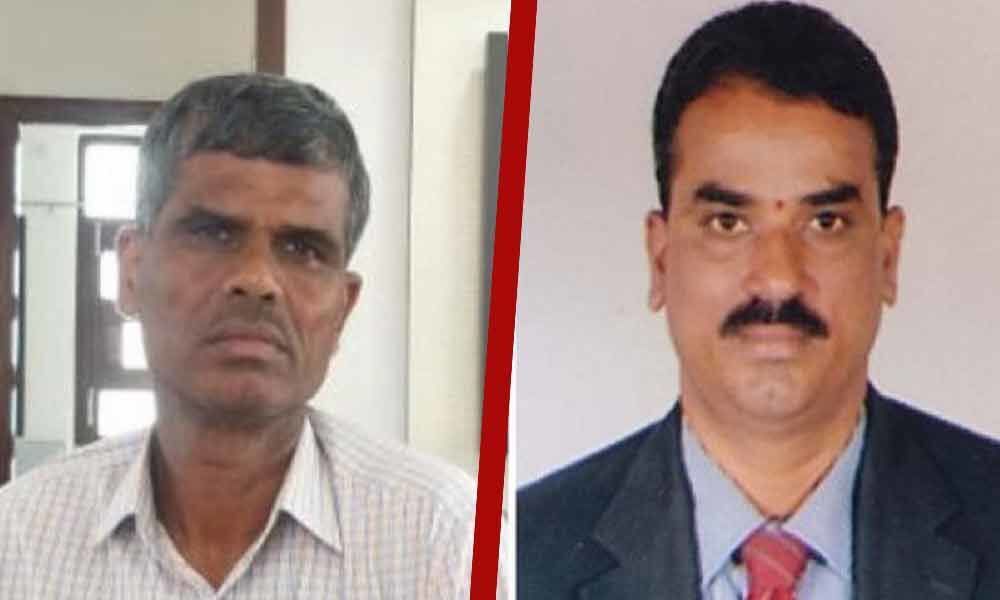 The Anti Corruption Bureau (ACB) on Tuesday arrested two cops for trying to extort money from a sub-registrar by impersonating as ACB constables.

Hyderabad: The Anti Corruption Bureau (ACB) on Tuesday arrested two cops for trying to extort money from a sub-registrar by impersonating as ACB constables.

The action was taken after ACB received a complaint from the sub-registrar of Shamirpet alleging that two of their colleagues, M Sudhakar Reddy and G Yadagiri Reddy were demanding money by claiming that an ACB enquiry will be soon conducted against him.

The arrested accused had worked in ACB on deputation.

Sudhakar, presently working in City Armed Reserve (CAR) of Hyderabad City Police had allegedly sought a bribe of Rs 8,000 on August 5 from the complainant.

Later Yadagiri, a police constable working in the Criminal Investigation Department (CID) department also approached him and asked for a bribe of Rs 10,000 on August 14 by stating that an ACB enquiry was underway and no action will be taken if he gives him the asked amount.

Instead of giving the bribe, the complainant informed ACB sleuths.

Acting on his complaint, ACB teams conducted a thorough investigation and raided the houses of Sudhakar and Yadagiri on Tuesday morning.

The duo was arrested from their residence and teams seized ACB ID cards from their possession.

The accused were also produced before the ACB court.

An investigation is underway to look into other complaints lodged against the accused.