Thorough overhaul of the Constitution inevitable! 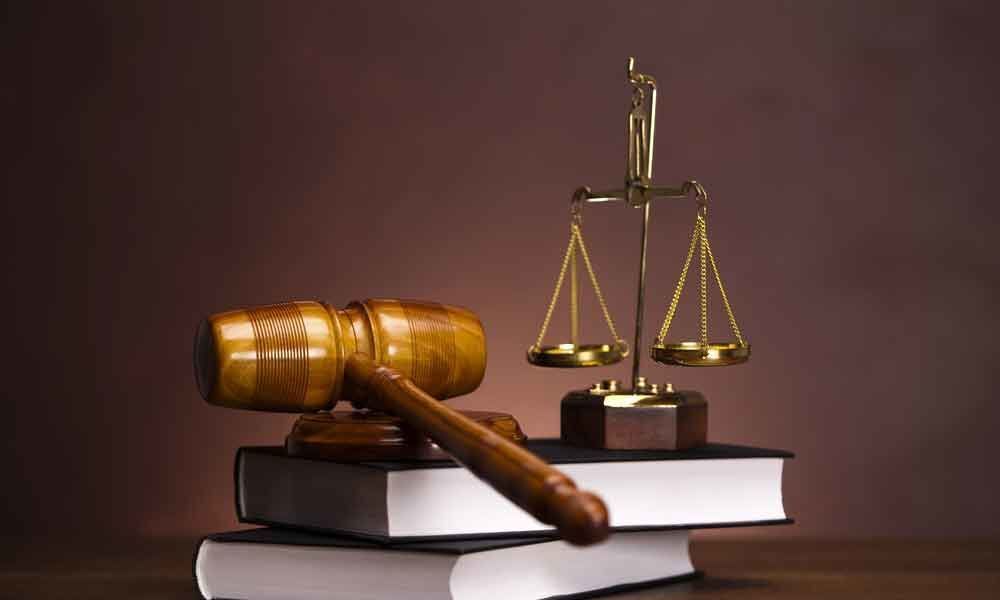 Finally, the new government of BJP dispensation has once again taken over the reins of governance at the Centre.

Finally, the new government of BJP dispensation has once again taken over the reins of governance at the Centre. The governments come and go, but the nation, that is Bharat, Hindustan or India by whatever name we call it, will remain.

The governments of the day will have to live up to the hopes and aspirations of their electorates-the people. If they don't, obviously they will fall from the grace of their masters-the people and will be consigned to the dustbin.

True, the primary task of any government is to provide safety and security to its subjects and protect their lives and properties. Economic, social and scientific development comes next.

Therefore, irrespective of its political ideology, the primary goal should be to defend the country and its people from external aggression and maintain law and order within the country so that other ancillary goals can be pursued peacefully and harmoniously.

Seen in this perspective, the new Central government should set its goals right. From the utterances of some regional satraps, the evil designs for widening rift between the States and the Centre on the basis of religion, caste, language and even financial status of the people have clearly emerged. Therefore, crushing such secessionist and divisive forces should get the topmost priority in the agenda of the government.

Needless to say, for doing so, that is to annihilate subversive, divisive and disastrous forces is the basic requirement. They will have to show the courage to call a spade a spade.

They will have to introduce sweeping measures and undertake an exercise of thorough overhaul of the Constitution. When the people have given their mandate to the new government, the mandate, not restricting only to a selective points in the manifesto of the ruling party, must also be read along with the often sworn ideology of the ruling party, irrespective of the reaction from the over sensitive magnified voices of opposition.

Though a complete inventory of such legal measures would require a marathon exercise which may be entrusted to an empowered body, called, the Constitution Review Commission, some measure points can certainly be focussed upon.

To start with, let there be a shift from the Federal structure to the Unitary structure of governance. The ornamental offices of the President, Vice-President and Governors which are nothing but the white elephants should pave the way for one fully functional President.

Then, let's reorganise the administrative setup. Instead of having as many as 29 States and the Union territories and the demand for more such States being perennial, let there be only five zones viz. East, West, South, North and the Central. Further, equally important is the voter.

If a democracy has to survive and flourish, the Constitution should make it quite simple for a man in the street to contest any election. The present system of multi- party-based democracy has only created an uneven playing field where using money and muscle power anybody, including the criminals can get elected.

Such a scenario undermines the sanctity of the democratic institutions. Hope the new government and new Parliament would show genuine concern for the hopes and expectations of the gullible people.

In a major relief for the former city police commissioner Rajeev Kumar, the Calcutta High Court on May 30 granted him one month's protection from arrest and subjection to coercive process by the Central Bureau of Investigation (CBI) subject to the fulfilment of certain conditions.

It may be recalled that the CBI had served a notice on Kumar asking him to appear before it for assisting in the investigation into the much infamous Saradha Chit Fund case involving about Rs.2,500 crore scam and some political bigwigs.

It is the case of the CBI that the Special Investigation Team(SIT) formed by the State of West Bengal of which Rajiv Kumar was a member and in-charge of the day today functioning, made several seizures of relevant documents including those showing payments to some elected public representatives.

The CBI has alleged that the seized documents did not find place in the case record handed over to the CBI by the said SIT.

The vacation bench of Justice Protik Prakash Banerjee while leaving it open to the CBI to approach it for cancellation of the order or for modification or alteration of the conditions also gave liberty to Kumar to apply for extension of the said order.

Further, the High Court order ordains that Kumar has to remain in such address, barring medical emergency when he is removed to a hospital or nursing home until the disposal of the matter.

Rajeev Kumar is also supposed to cooperate in the fullest manner with the investigation and strictly in terms of Section 161 (2) read with sub-section (1) of the CrPC.

Clarifying on the meaning and intent of Section 148 of the Negotiable Instruments Act (NI Act) which was amended in 2018, the bench of Justice M R Shahand Justice A S Bopanna of the apex court upheld the order of the First Appellate Court and held that it had rightly directed the accused/appellant to deposit 25 per cent of the amount of fine/compensation ordered by the trial court.

Passing the said order in Surinder Singh Deswal @ Col. S.S Deswal vs. Virender Gandhi , the Court observed: "...considering the Statement of Objects and Reasons of the amendment in Section 148 of the NI Act...

Dismissing the bail application of one, Md. Karim Khan who was arrested after a case was registered against him under Sections 294 and 500 of the IPC read with Section 67-Aof the Information Technology Act accusing him of posting an obscene photo of the Prime Minister on Facebook,

Justice Ajit Borthakur of the Gauhati High Court observed that prima facie, the accused, through his social networking Facebook account, posted most degraded electronic form of post against the Prime Minister of India.

Rejecting his plea that he is in custody for 48 days and that he is an illiterate, the court observed that if liberty of bail is granted at the present stage of investigation, further investigation is likely to be impaired.

Indeed, it is good to hear that the State has woken up to such instances where the elected chief of country's administration, the Prime Minister, is insulted and degraded.

Hope, the people who orchestrated slogans like "Chowkidar Chor Hai" and also the politicians who hurled publicly abuses to the Prime Minister too, would not be spared from the clutches of law.