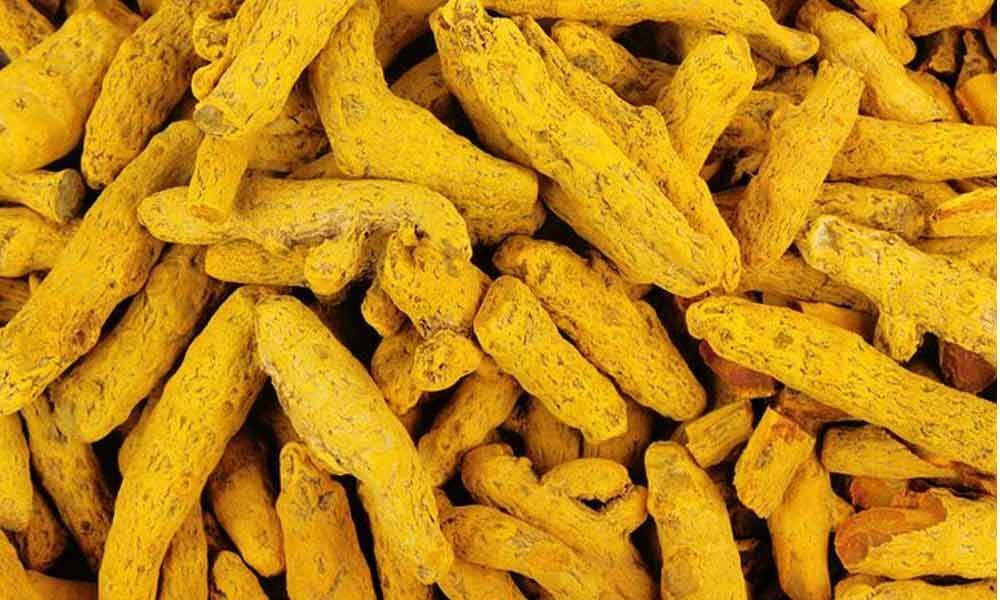 Turmeric farmers from Telangana staged a protest in front of Circuit office in Varanasi on Monday against local police and Election Commission for denying them to file nominations.

Hyderabad: Turmeric farmers from Telangana staged a protest in front of Circuit office in Varanasi on Monday against local police and Election Commission for denying them to file nominations.

A group of 50 farmers from Nizamabad district left for Varanasi on Friday to file nomination against Prime Minister Narendra Modi.

They are demanding to set up National Turmeric Board in Nizamabad and provision of remunerative price for turmeric.

Only a few were allowed to file nominations. Rest of them numbering more than 30 have been asked to leave the office.

A farmer said that it was unfair on part of the officials to deny them their democratic right to contest elections.

Farmers were not even allowed to stay in the premises. They said that they will not leave Varanasi until they file nominations. A group of farmers from Tamil Nadu also arrived in Varanasi to file nominations against Modi.

Along with them, they will fight for justice. Telangana Turmeric Farmers' Association leader P Tirupati Reddy wondered what made the EC officials to prevent the innocent farmers from filing nominations.

Turmeric farmers also fought against TRS leader and sitting MP K Kavitha from Nizamabad Lok Sabha segment in the first phase elections held recently in Telangana and lodged their protest against the government's indifference towards addressing the long-pending demands.

Tirupati Reddy said that the association will meet the district Returning Officer and lodge a complaint against police for denying them from filing nominations.

Arvind listed out names of a few farmers who have undersigned the letter issued pointing out that they were associated with TRS.