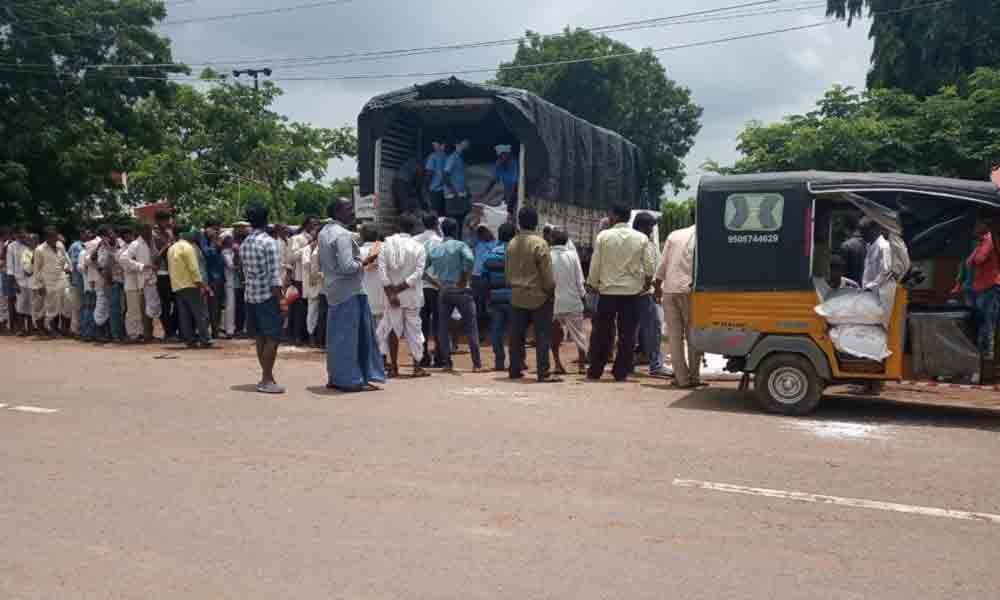 Amidst police bandobast, urea fertilisers have been distributed to farmers at Gandhari headquarters on Thursday.

Gandhari (Kamareddy): Amidst police bandobast, urea fertilisers have been distributed to farmers at Gandhari headquarters on Thursday.

Normally each crop will have a special time for cultivation. But with the delayed rains during Kharif season, a special situation came where all crops need the urea at the same time and equal amounts.

This led to urea shortage.When urea stock reached Gandhari mandal, a large number of farmers rushed to the spot. Police were called to control the formers at the urea sales centre.

The police made the farmers to stand in a queue and each was given two bags of urea. The shortage of urea hit Gandhari mandal farmers severely. Traders are allegedly blocking urea due to shortage.