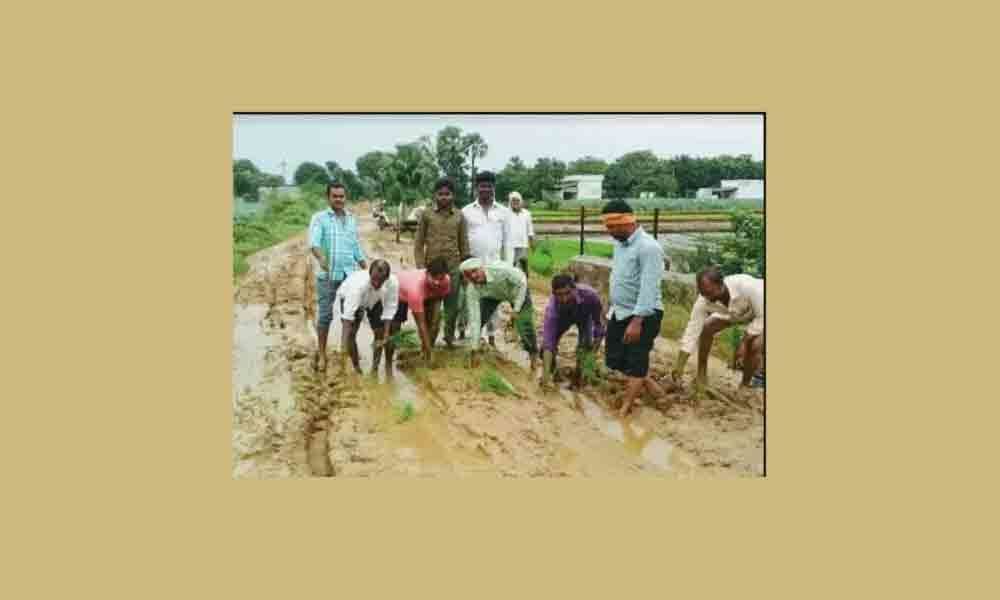 The villagers of Ushannapalli have sown paddy on the road here on Monday in protest against the government for not laying concrete cement road.

Peddapalli: The villagers of Ushannapalli have sown paddy on the road here on Monday in protest against the government for not laying concrete cement road.

The R&B road in SC colony of Ushannapalli village under Gangaram Village Panchayat of Kalva Srirampur mandal of Peddapalli district was damaged after a moderate rain and the villagers are facing trouble in walking on the road that was filled with mud.

The villagers alleged that even after making several appeals for the past two years about the worse condition of the road to the officials concerned and local public representatives, they did not take any initiation till date.

The farmers are facing problems in reaching their fields and unable to take their farm activities. The villagers have demanded the government to take initiation and order the officials concerned to lay CC road immediately for the convenience of the villagers and farmers.