Will take up the road closure issue with Centre: Revanth Reddy 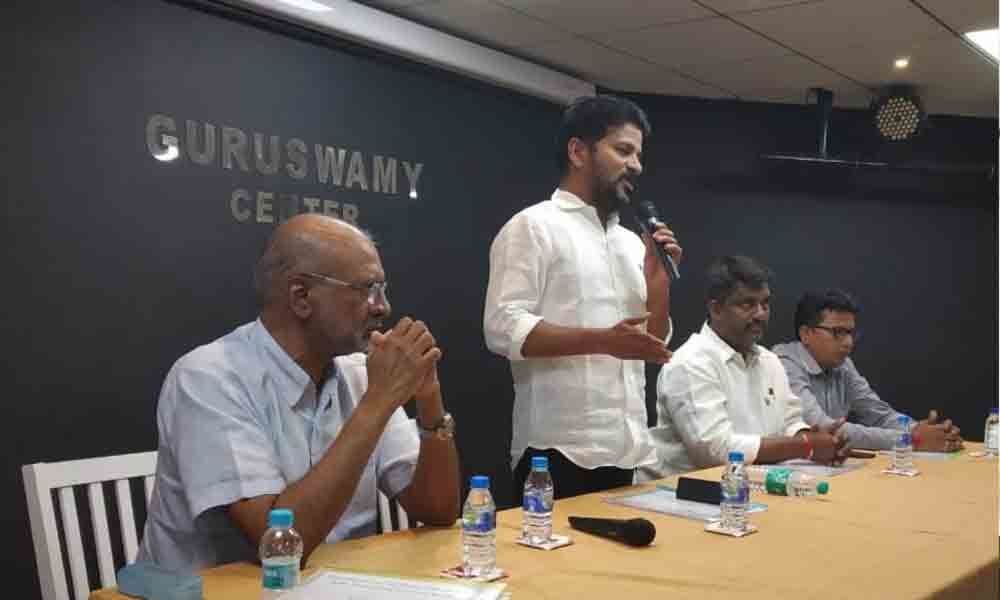 “I will take up the road closure issue and the merger of Secunderabad Cantonment Board with Greater Hyderabad Municipal Corporation with the central government,” said Malkajgiri MP Revanth Reddy here on Thursday.

Secunderabad: "I will take up the road closure issue and the merger of Secunderabad Cantonment Board with Greater Hyderabad Municipal Corporation with the central government," said Malkajgiri MP Revanth Reddy here on Thursday.

He was speaking at a meeting organised by Federation of North Eastern Colonies of Secunderabad (FNECS) on the issues plaguing Secunderabad.

Earlier, Pankaj Sethi a member of FNECS drew the attention of the participants on the contentious issues of road closure and the alleged violations by the Local Military Authority (LMA) in closing roads and building walls. He said that the road under the Ramakrishnapuram flyover was closed by the LMA without consulting the stake holders. Similarly, several other roads such as the Lakdawala Gate.

Other members stated that due to the Secunderabad Cantonment Board, people living in Secunderabad were deprived of basic civic amenities as the SCB is starved of funds.

Revanth Reddy said that the presentation by FNECS was an eye-opener and he would take up the issues to the centre with the help of Kishan Reddy, Minister for State for Home Affairs.

Revanth Reddy said that the Railway Minister Piyush Goel is coming to Hyderabad in the third week of September and he would take up the extension of MMTS.

Citizens raised the issue of narrow roads in Secunderabad to which Malkajgiri MP gave an assurance that the High Tension road and Tirumalgherry road would be widened.

The development of Secunderabad has been falling behind due to its poor connectivity with the rest of the city, and because the area falls under the jurisdiction of multiple local authorities, the 20 lakh people residing in the area are suffering said C S Chandrasekhar, Secretary FNECS.