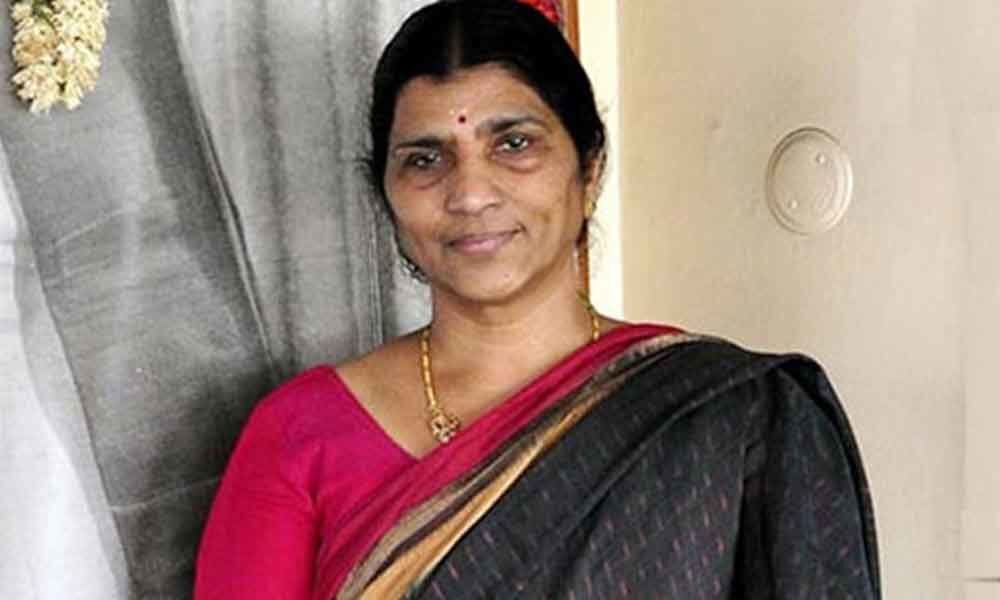 Former Chief Minister N T Rama Rao's wife and present YSRCP leader Lakshmi Parvathi on Monday met TS DGP M Mahendar Reddy in Hyderabad and urged him to take strict action against a person by name Koti who is doing false sexual harassment allegations against her repeatedly in social media. She said that DGP called city police Commissioner Anjani Kumar on phone and ordered him to conduct thorough enquiry on the issue after filing the case. Lakshmi Parvathi also complained against two Telugu News Channels which telecasted the alleged audio clips and interviewed Koti on their channels in a way of damaging her personal character and image.

She said if this is happening to a former Chief Minister's wife then where is the protection to the normal women in both Telugu states. She alleged there is a conspiracy against her to damage her image and her party's image. Earlier Koti made a complaint against Lakshmi Parvathi in Vinukonda police Station by doing sexual harassing alleg actions against her.