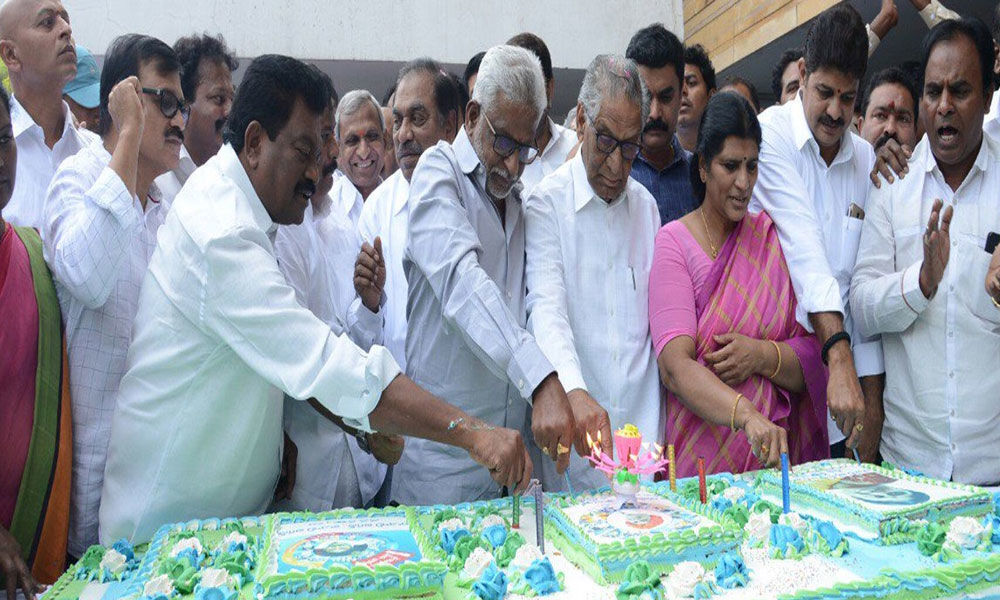 Hyderabad: With not much time left for intensive campaign, all political parties are racing against time to finalise the names of the candidates. In t...

Hyderabad: With not much time left for intensive campaign, all political parties are racing against time to finalise the names of the candidates. In tune with the activity, the major Opposition in Andhra Pradesh, the YSRCP is also burning midnight oil and is likely to announce a list of about 75 candidates on Wednesday. Sources said the party may announce the names of candidates for all constituencies in three instalments.

Meanwhile, the YSRCP celebrated its ninth foundation Day with fanfare at party head office in the city on Tuesday. The leaders and party workers attended the celebrations and resolved to emulate firmly the ideals of former Chief Minister YS Rajasekhara Reddy and strengthening the hands of their party chief YS Jaganmohan Reddy.

To mark the foundation day, YSRCP leaders YV Subba Reddy and Ummareddy Venkateswarlu unfurled the party flag at the central party office. The leaders, including C Ramachandraiah, Janga Krishna Murthy, Lakshmi Parvathi, Gattu Srikanth Reddy and Md Iqbal, recalled the struggles the party has taken up under the leadership of Jagan. A blood donation camp was also conducted on the occasion.

Subba Reddy said the mass contact programme the family members had taken up in the past from YSR to YS Sharmila to Jagan had brought the masses closer and the leaders who had a better understanding of the plight of the common people. The need of the hour is Jagan should come to power and save Andhra Pradesh from the misdeeds of the TDP government, he said.

The YSR Congress leaders recalled Jagan's recent Praja Sankalpa Yatra covering over 3,648 km during which he interacted with all sections of people. The response to Padayatra and the public meetings of Jagan indicated the pulse of the people which they will decisively tell in the days to come, he added.