Actor Allu Arjun to campaign for Janasena party in Palakollu 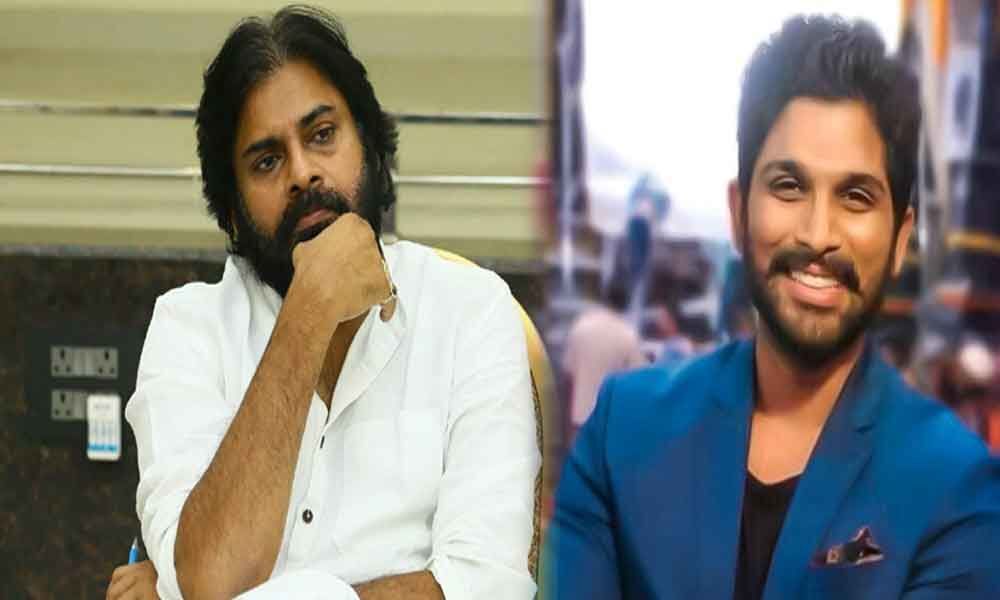 In the support for Jana Sena Party, the Mega family members are coming out to participate in the elections campaign.

Hyderabad: In the support for Jana Sena Party, the Mega family members are coming out to participate in the elections campaign.

With this, the Mega family heroes are getting ready to participate in the elections campaign on behalf of Janasena MLA and MP candidates across the state.

So far, Nagababu daughter Niharika and his son Varun Tej has conducted the campaigning at few places under Narasapuram Lok Sabha constituency.

The Mega Power star Ram Charan has also decided to participate in the campaigning at Gajuwaka, Pendurthi segments.

Now, It's said that another hero from Mega family, Stylish star Allu Arjun is also getting ready to take part in the elections campaign on behalf of Janasena party.

Stylish star has already has declared his support for the party, but there was no clarity whether he'll participate in the campaign or not.

On the other side, Allu Arjun has also extended his support to Nandyal YSRCP MLA candidate Silpa Ravichandra Kishore Reddy.

In spite of Janasena party candidate at Nandyal, Bunny's support to YSRCP candidate has become a hot topic in the state politics.

With this, there were speculations over Allu Arjun support to Janasena. In the midst of this, Bunny has decided to campaign for Jana Sena Party.

There is a talk that Allu Arjun will conduct the campaigning in Palakollu constituency. The reason behind Bunny choosing Palakollu is because its the native place of his grandfather Allu Ramalingaiah.

Regarding this news, an official confirmation is yet to be received from Allu Arjun. In 2009 elections Maga star Chiranjeevi's Praja Rajyam MLA candidate has got defeated form Palakollu Assembly constituency. So this, time there are discussions around how far Allu Arjun campaigning in Palakollu will help Janasena in the coming elections in the state.