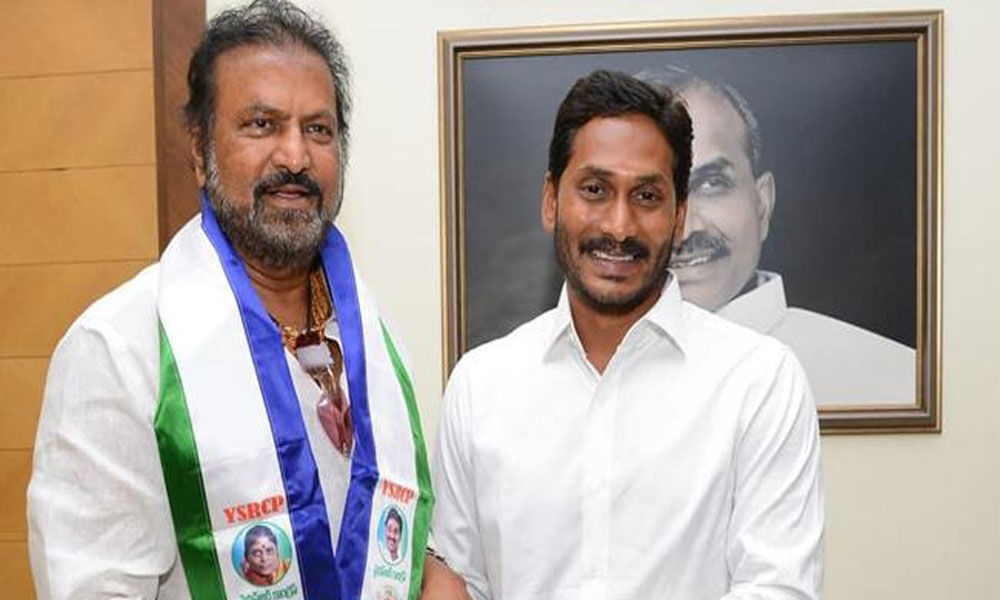 On Tuesday Morning, Mohan Babu will be meeting YSRCP chief YS Jagan Mohan Reddy at Lotus Pond residence in Hyderabad. After the meeting, he'll be joining YSRCP in the presence of YS Jagan.

Recently, Mahan Babu has held a protest against the TDP government over the pending fees reimbursement of the students.

He along with hundreds of students conducted a rally in Tirupati, demanding to clear Rs 19 cr pending bills.

For the dharna, even the government has also made a counter-attack on Mohan Babu. With this, it's said that he has decided to join YSRCP.

During NTR's time, Mahan Babu was in active politics, and later on, he re-entered into movies. From that time onwards he was away from the politics.

Now again it's said he is returning back into the active politics. On joining YSRCP, Mohan Babu may be given Rajya Sabha seat.

Even earlier, it's was in the news that the collection king's family is going to join YSRCP. Recently Mohan Babu's second son Manchu Manoj has decided to take a break from acting and moved to Tirupati so that he can do public service.

With these social programmes, everyone thought that the Manchu family will be back in active politics. But at that time Mohan Babu has denied all the news relating to the politics.

So, in order to have the confirmation of the news, we have to wait until the afternoon.