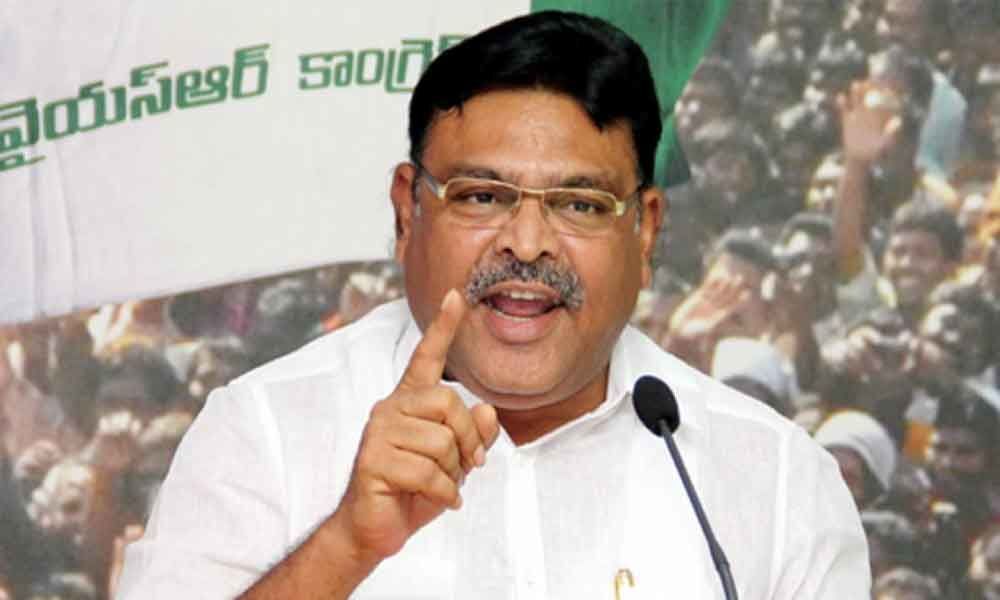 Speaking to media, Ambati Rambabu said from the time the elections process has begun, Chandrababu Naidu has started acting strangely.

He also questioned why Chandrababu has got the situation to say that TDP is winning for a thousand percent sure?

Ambati said the recent verdict of the Supreme court over VVPAT counting is like a slap for Naidu.

He also criticised that Chandrababu Naidu knew that TDP is going to defeat in the results that's why he is preparing the ground for EVMs as a reason for his defeat.

Ambati Rambabu expressed anger over Chandrababu Naidu that in last elections he came into power with the use of EVMs and now he is trying to blame EVMs for his defeat.

He alleged that the TDP leaders are trying to create the disturbance at the counting centers on 23 May and he urged the police, and election officials to focus on this issue.

Ambati expressed confidence that the YSRCP will get 110 to 120 Assembly seats in the counting.