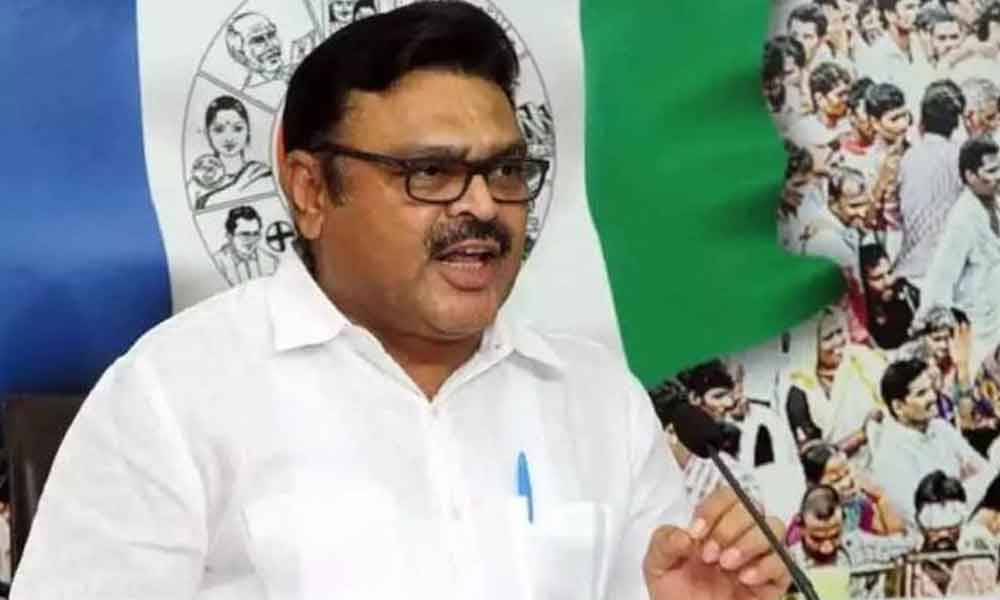 Addressing a press conference at the party central office at Tadepalli on Friday, the MLA said TDP had decided to boycott parishad polls as Naidu fears that TDP would lose badly again. The 2019 Assembly elections, recent panchayat, and municipal elections have made it clear that people lost faith in TDP and the party would soon disappear due to the father-son duo.

TheMLA wondered what Naidu's stand would be for Tirupati bypoll and he may give up fearing the response Chief Minister Y S Jagan Mohan Reddy has been getting for his governance.

He questioned the TDP chief if he has any belief in the parliamentary system and dared to contest in ZPTC and MPTC elections. The MLA said Naidu along with son Lokesh would bring a situation to TDP where there will not be any candidates to contest in general elections.

He ridiculed Naidu's claims that he would fight at the national level even though he couldn't fight in local body elections at any level. He slammed opposition parties for boycotting all-party meeting held by State Election Commissioner demanding fresh polls for ZPTC and MPTC and questioned what they were doing when the previous SEC worked unilaterally.