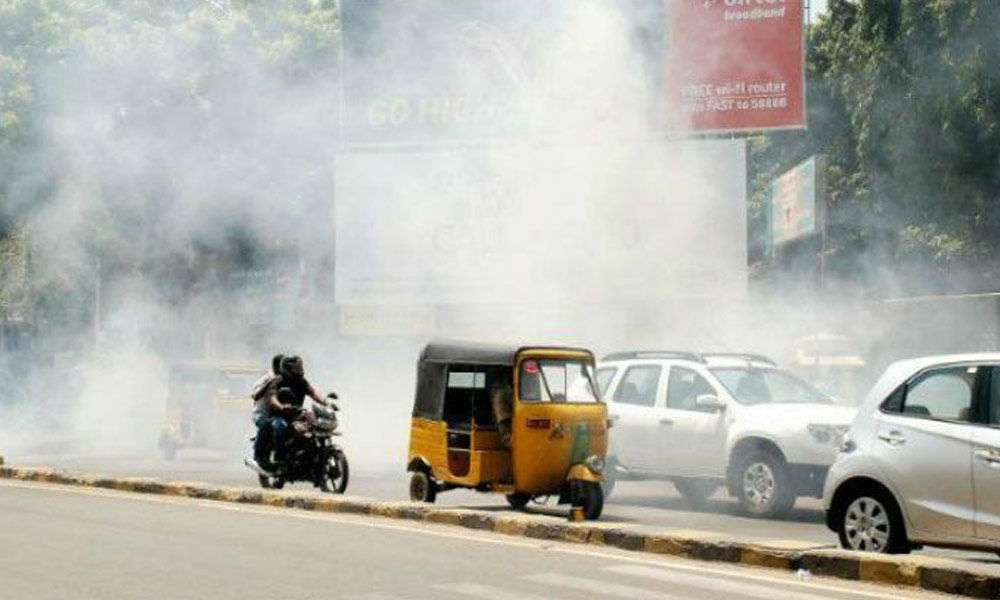 Instead of generating jobs in scrap industry, the law will affect livelihood of drivers, mechanics and garages

Vijayawada: Livelihood of the thousands of truck operators and transport workers like mechanics, lorry drivers and cleaners will be badly affected once the Centre brings in the new rule of scrapping 15-year-old commercial vehicles as stated by Union Finance Minister Nirmala Sitharaman during her budget speech.

It is estimated that there are nearly 70,000 old vehicles in the Andhra Pradesh which are over 15 years old. The transport sector is in deep crises with soaring prices of diesel and petrol as the prices have been skyrocketing. Besides, the truck operators are facing hardships due to lack of income on rents (hire charges), toll taxes, insurance for the vehicles and bank interests on loans.

Andhra Pradesh Lorry Owners' Association (APLOA) general secretary YV Eswara Rao said more than 70,000 trucks are in Andhra Pradesh with 15 years of service. "With this policy, the vehicle owners will be forced to spend huge amount of money to buy new vehicle and face many hardships for payment of EMIs," he said.

He said the lorry owners are already facing hardships due to rising prices of fuel, increased cost of maintenance, rising prices of spares, insurance, taxes to the transport department, toll plaza fee not to mention about the impact due to the Covid pandemic.

The transporters say that the Government claims that 50,000 jobs in vehicle scrap sector will be created with the implementation of new law, but it is not bothered about the losing of livelihood of lakhs of small and poor truck operators in the country. The unions say the truck operators and APLOA will submit representations to the government to rethink the decision or revise the rules on scrapping the vehicles.

According to Eswara Rao, the ten-tyre vehicle costs more than Rs 30 lakh and regular payment of EMI will not be possible for the buyers when diesel prices are soaring and maintenance expenses are increasing.

Due to the corona pandemic and lockdown, lakhs of truck drivers, cleaners, mechanics, and owners have lost income. They are just on the path of revival and have to go a long way to cover up the losses they had suffered.

The truck operators may get Rs1 lakh only if they sell the vehicle as scrap. But, purchasing a new vehicle is a gigantic task for small operators, who own one or two vehicles. The six-tyre truck costs more than Rs 20 lakh, said K Sekhar, a truck operator, in Vijayawada. He owns a truck and been ekes livelihood by driving the lorry. Sekhar has expressed apprehensions that thousands of small truck operators will be badly affected if new Act of scrapping vehicles implemented in the State.

He said truck drivers, cleaners, mechanics, truck body builders, electricians, carpenters and other workers depend on the trucks and repairing the vehicles. He said old vehicles generally go for repairs. The vehicle manufacturers give four years guarantee and so new vehicles don't go for the repairs, he added. If all new vehicles and vehicles with good condition are operated, how can the mechanics and other workers get livelihood. The truck operators are asking that the Government should give subsidy to buy new vehicles to the small operators or provide vehicle replacement policy so that their livelihood is not affected.