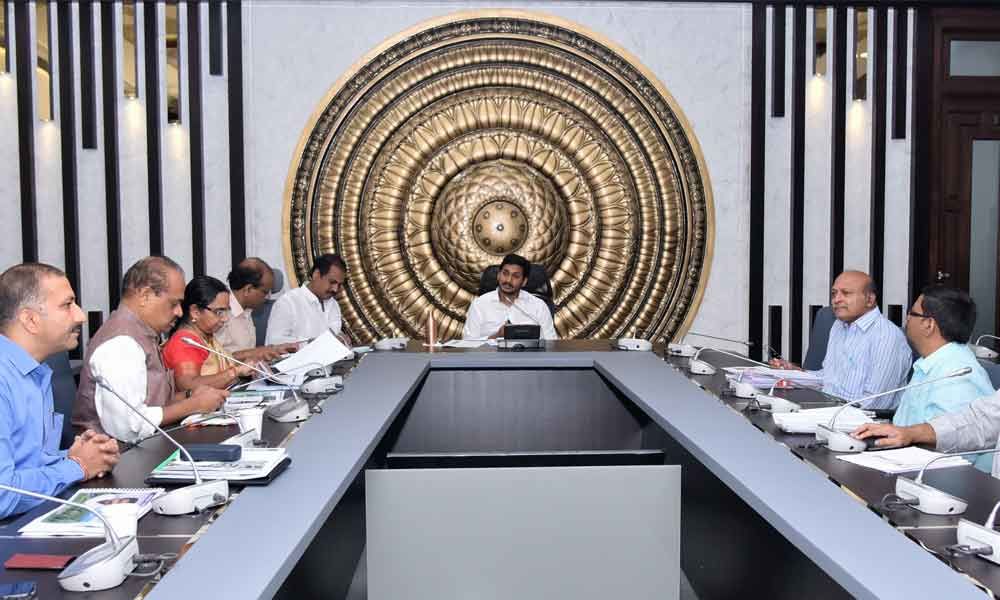 He said the plans should be prepared to work in tandem with Walmart and ITC so that they provide a better market to the farmers.

Participating in a review meeting on agriculture department at the Secretariat here on Thursday, he also asked the officials to adopt e-commerce mode for the sale of seeds, fertiliser and pesticides.

On the other hand, the government has decided to establish centres to test the land fertility in all the villages.

It has also been decided that the AP State Seed Development Corporation (APSSDC) would purchase seeds from farmers directly to give them good returns and enable them to produce quality seeds.

The government has decided to give tabs or cellphones to all the village agriculture assistants and to provide I-cross registration to all the crops.

Weather forecast centres would be set up in 2,000 villages additionally and efforts would be made to provide a good price to the farmers cultivating organic crops.

Promotional incentives would be given to farmers cultivating pulses or millets. YSR Polambadi programme would be implemented to create awareness among farmers on modern techniques of cultivation.

The agriculture officials informed the Chief Minister that 1.4 per cent excess rainfall was recorded this season. In view of the excess rainfall, farmers had taken up cultivation of paddy in 1.12 lakh hectare during this rabi season and that the extent of crop may go up due to favourable conditions.

The farmers would take up the cultivation of Bengal gram in 5.5 lakh hectare during this season, officials said. The Chief Minister directed the officials to strengthen the workshops being conducted near the village secretariats and name them as Rythu Bharosa centres.

He said only quality seeds and fertiliser should be sold at the shops being set up near the workshops. When the agriculture minister K Kannababu said that a toll-free number was given to each district to solve the problems of the farmers, the Chief Minister said that the problems should be solved at the village secretariat level.

He said if a farmer suffered a loss in the kharif, he should be provided with compensation even before the commencement of rabi season. The meeting also discussed the establishment of agri-labs at the district and constituency level.