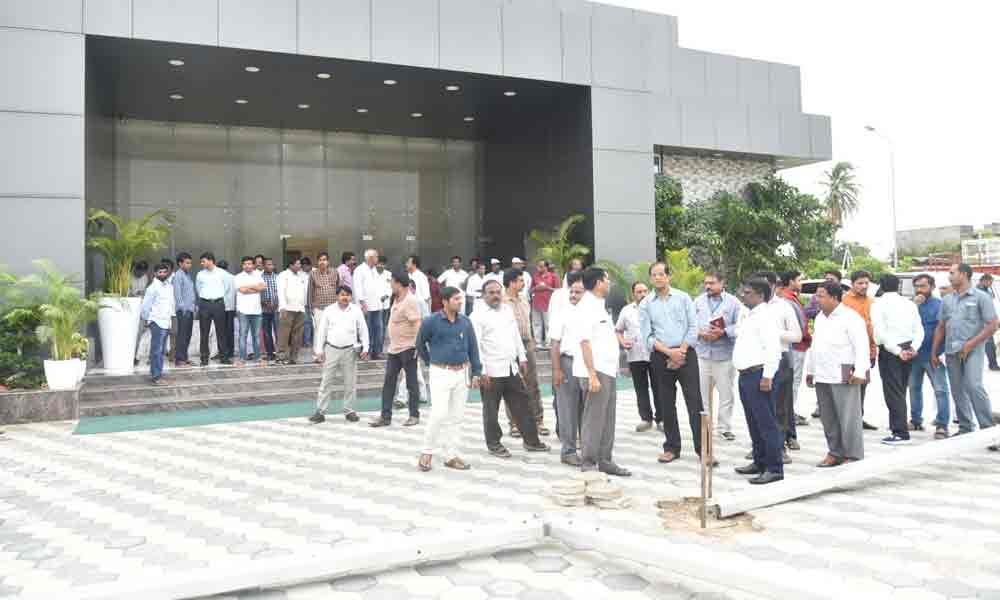 They gave some suggestions and advise to the officials. Samuel directed the officials to make necessary arrangements for lunch, drinking water, sitting facilities to the Collectors. He directed them to set up LED screens. The collector's conference will be live telecast on the satellite channels.

For the first time, after YS Jaganmohan Reddy became Chief Minister, he collector's conference is being held. Higher officials of various government departments were present.