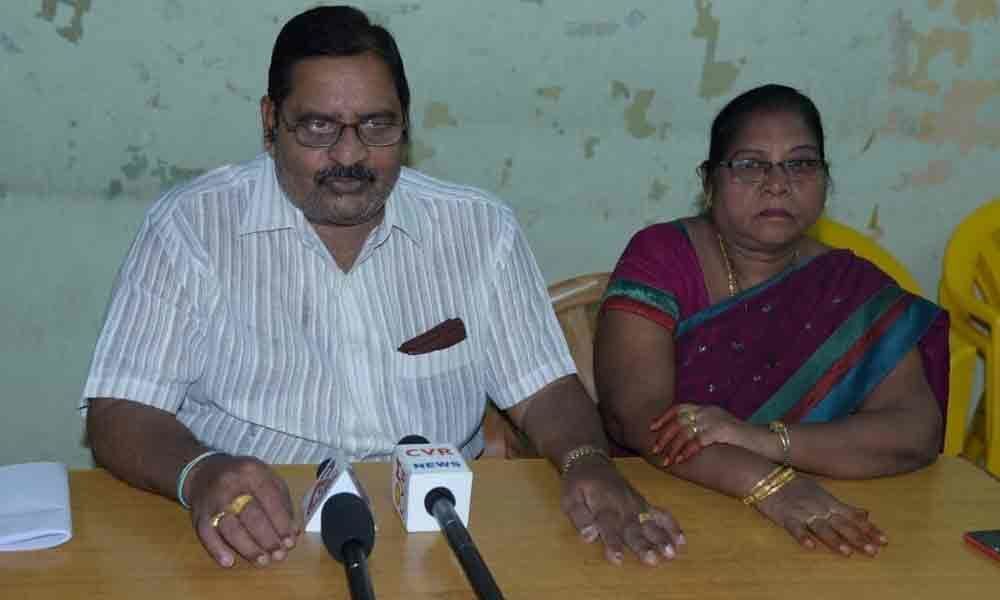 Addressing the media here on Tuesday, Vijaya Kumari said Ashok Babu's comment that the people of AP elected a Chief Minister who had gone to jail was highly objectionable. She said that Ashok Babu commented against Jagan to be in the good books of Chandrababu Naidu who nominated him as MLC.

She said that the comments made on social media by Ashok Babu were insulting the people who had given a landslide victory to Jaganmohan Reddy. She alleged that the academic certificates of Ashok Babu were fabricated which came to light recently.

Former ministers of TDP including Chandrababu Naidu should get ready to go to jail, if they are found guilty in the corruption of project works under their ruling. K Yogeswar Reddy, former president of state government gazetted officers body also flayed Ashok Babu for the comment.