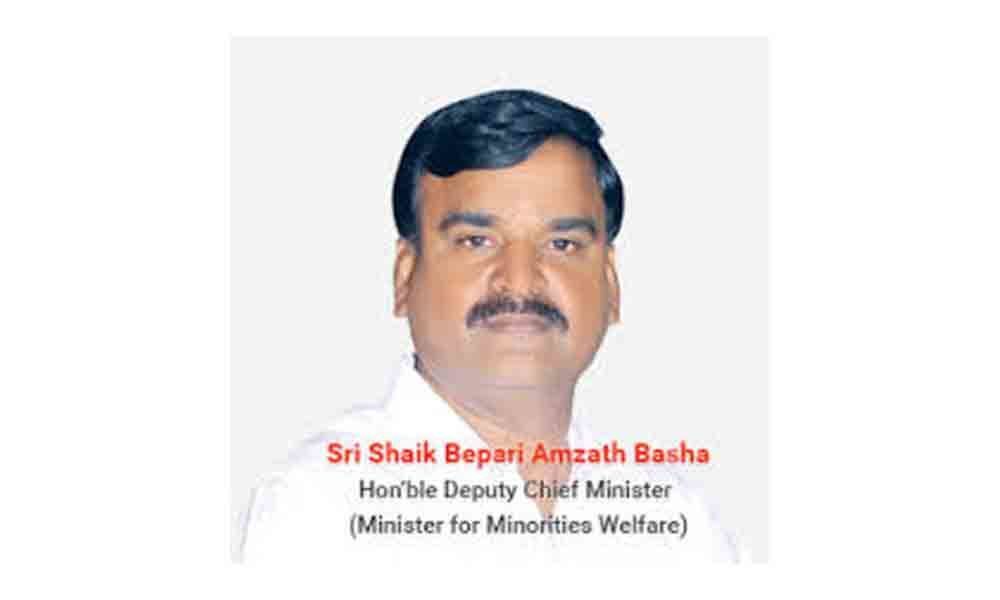 Deputy Chief Minister SB Amzath Basha has called upon the volunteers to take welfare scheme benefits to the doorsteps of people in a transparent manner.

Kadapa: Deputy Chief Minister SB Amzath Basha has called upon the volunteers to take welfare scheme benefits to the doorsteps of people in a transparent manner.

Addressing the ongoing village volunteers training camp being organised at a high school located in Gandhi Nagar on Wednesday, he said that Chief Minister Y S Jagan Mohan Reddy was committed to promote corruption-free governance for the benefit of poor. He also asked the volunteers to act responsibly in delivering goods as it would be the rare opportunity for them to render public service.

Stating that Jagan Mohan Reddy has implemented 80 per cent of assurances given to the people during the electioneering, Basha said that the YSRCP was the only party which provided 4 lakh jobs to unemployed youth despite the government is facing severe financial crisis. He recalled that earlier it used to take several months for the people to get government scheme benefits and they were forced to visit frequently the government offices for the purpose.

After the introduction of Village Volunteer concept, he said it has become easy for people to have government schemes at their doorstep without any delay. Municipal Commissioner Lavanya, Tahsildar Sivarami Reddy and others were present.