BJP flays Kejriwal over remarks on his security 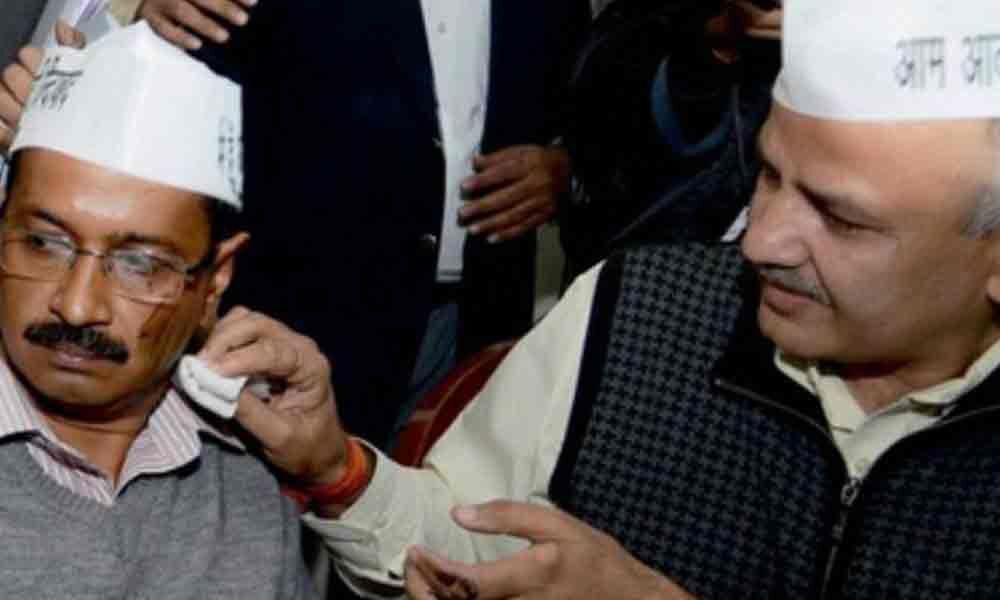 x
BJP flays Kejriwal over remarks on his security
Highlights

New Delhi: The Delhi BJP on Saturday accused Chief Minister Arvind Kejriwal of playing politics over the “serious” matter of security and making false allegations against it for “cheap popularity”, after he claimed that there was threat to this life from the saffron party.

New Delhi: The Delhi BJP on Saturday accused Chief Minister Arvind Kejriwal of playing politics over the "serious" matter of security and making false allegations against it for "cheap popularity", after he claimed that there was threat to this life from the saffron party.

The party questioned why the Aam Aadmi Party (AAP) chief did not file a police complaint if he had doubts about the integrity azof his PSO (Personal Security Officer) and said he has insulted the police personnel. The BJP's reaction came after Kejriwal said, "The BJP would get me murdered by my own PSO (Personal Security Officer) one day like Indira Gandhi. My own security officers report to BJP." "The BJP is after my life, they will murder me one day," Kejriwal told a news channel in Punjab.

Leader of Opposition in Delhi Assembly Vijender Gupta condemned Kejriwal's remarks. "On May 4, before he was slapped, Kejriwal had told his liasoning Officer to remove security from his vehicle. His instruction is entered in Roznamcha, which I had exposed earlier. After failing to get political advantage of this incident in the elections, Kejriwal is now saying that his PSO reports to the BJP," Gupta alleged.

The BJP leader said it is unfortunate that Kejriwal is taking such a serious matter of security lightly and playing politics by making statements to the media. "If he has no faith in his PSO and doubts his integrity, he should have reported the matter to the police immediately and his PSO should have been removed. "As he has made no complaint to the police, he is only trying to get cheap popularity and distracting the attention of the people by making such statements in media," he alleged.

He said Kejriwal should report the matter to the police instead of making false allegations against the BJP, so that police can take immediate action on the complaint. "Kejriwal has been accusing the BJP and others several times in the past and later also apologised for making those false allegations. Despite this, he continues to make such false allegations," he said. He claimed the Aam Aadmi Party supremo moves with the "highest security cover".

BJP Delhi spokesperson Harish Khurana said Kejriwal's statements depict his "cheap mentality". "His statements not only insult Delhi Police but also the security forces that guard us. He should be ashamed of his thinking," he posted on Twitter in Hindi.

Earlier this month, the Chief Minister was slapped by a man during a roadshow in Delhi's Moti Nagar area on Saturday. The Delhi Police had claimed that the culprit was a disgruntled AAP worker, but the party blamed the BJP for the attack.