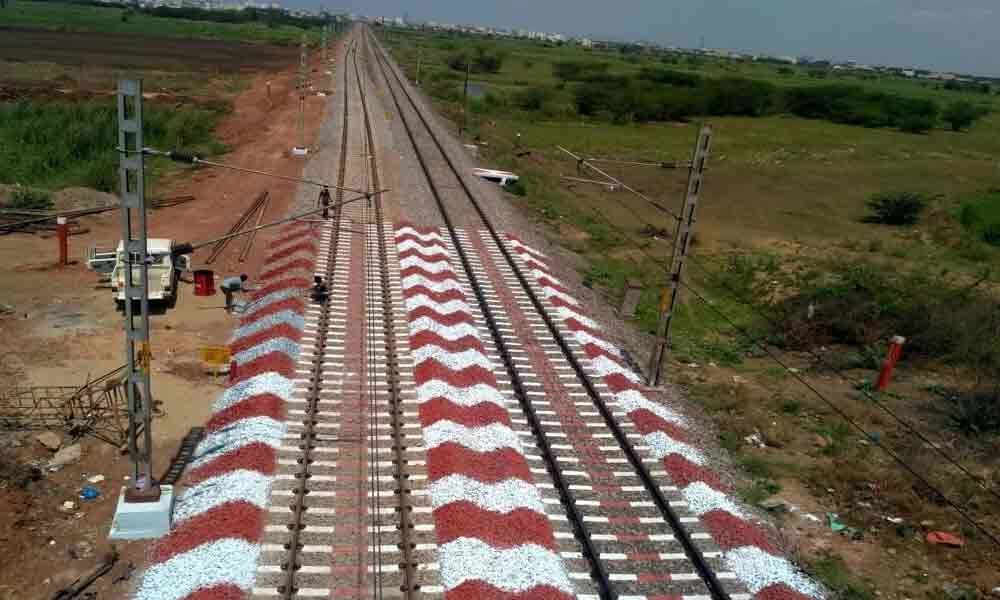 Double line of the section was commissioned on Guntur-Tenali railway line on Friday.

Vijayawada: Double line of the section was commissioned on Guntur-Tenali railway line on Friday. Train number 57652 Repalle - Secunderabad Passenger was run on newly constructed double line, according to a release by the South Central Railways (SCR) on Friday.

The Guntur-Tenali railway line was a critical component of the rail link serving the three important cities, Guntur, Vijayawada and Tenali which are located in the capital city region. This line serves as an important and short route connecting both Telugu states with Southern states, Tamil Nadu and Kerala.

This fast developing belt has seen a huge increase in rail traffic in the recent years due to diversion of several long distance trains running between Vijayawada and Tenali and the gradual increase of train services in Nadikudi-Guntur-Tenali-Vijayawada route.

Added to this, the freight traffic from Guntur side towards Chennai and down South has increased enormously leading to saturation of section capacity. Currently, trains are running in this section at 125 per cent of the section capacity.

In order to cope with the further increase in rail traffic on the Guntur-Tenali route, doubling & electrification of railway track between Guntur and Tenali was taken up. The doubling and electrification project was executed by Rail Vikas Nigam Limited (RVNL) and was successfully completed within the targeted time.