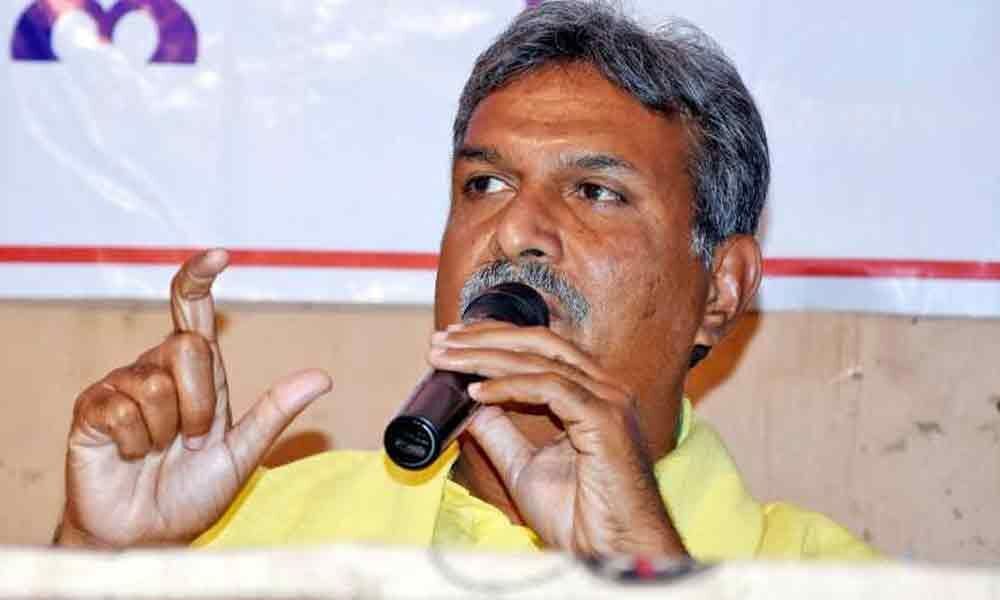 Vijayawada: The TDP Vijayawada MP Kesineni Nani has made satirical comments that AP Chief Minister YS Jagan Mohan Reddy has started his government with demolitions and Telangana CM K Chandrashekar Rao has started his ruling with the inauguration of the new constructions.

He criticized that every week both the Telugu Chief Minister's are meeting and discussing on the Hyderabad development.

He said whatever may be the election results, but the people still think that the TDP's ruling was good.

He also said that the majority of the people in Vijayawada are with the TDP. Kesineni expressed confidence that the TDP will win the coming local body elections.