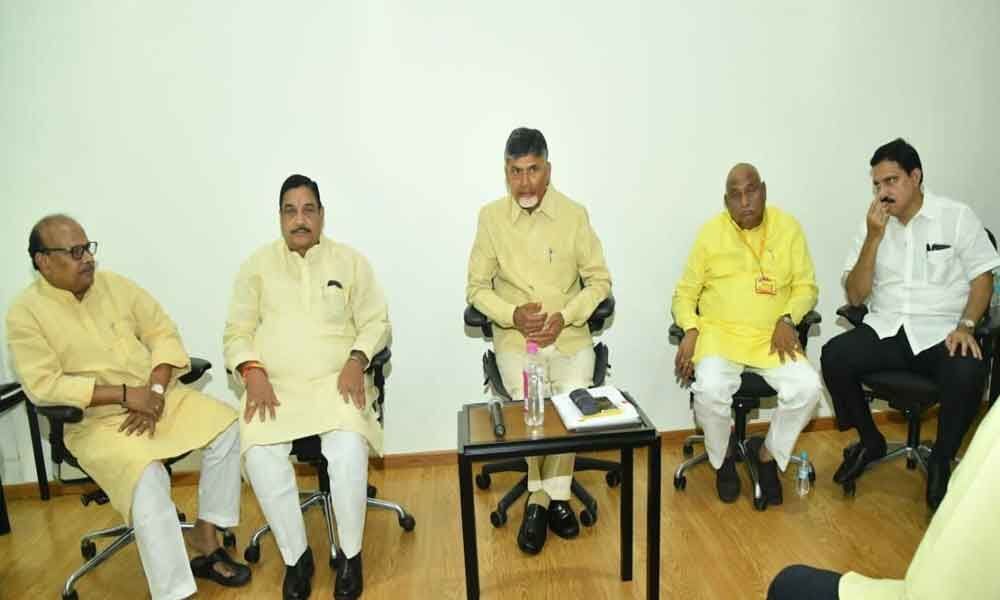 Newly elected TDP MLA's and MPs have elected the party chief Nara Chandrababu Naidu as the Legislative Party leader during the TDLP meeting at Undavalli on Wednesday.

Amaravati: Newly elected TDP MLA's and MPs have elected the party chief Nara Chandrababu Naidu as the Legislative Party leader during the TDLP meeting at Undavalli on Wednesday.

Speaking on the occasion, Chandrababu Naidu said due to the sympathy on YS Jagan Mohan Reddy, the YSRCP has won in the election results. He said the party leaders should not feel downhearted over the defeat.

The TDP supremo reminded that the TDP is always with the people and tried to boost the confidence among the party leaders.

During the meeting, Chandrababu Naidu has given a call to the leaders that everyone should work hard to strengthen the party. He said there is no need to worry.

On the occasion, Chandrababu Naidu has made interesting comments over TRS party that it started the journey with two seats and today it has come into the power for the second time in Telangana.

Chandrababu Naidu said we are far better than TRS and will continue to fight on public issues. He also gave a call to the leaders and activists to take the party deep into the people.

In the TDLP meeting, the party leaders have suggested Chandrababu Naidu, not to attend YS Jagan's swearing-in ceremony on 30 May.