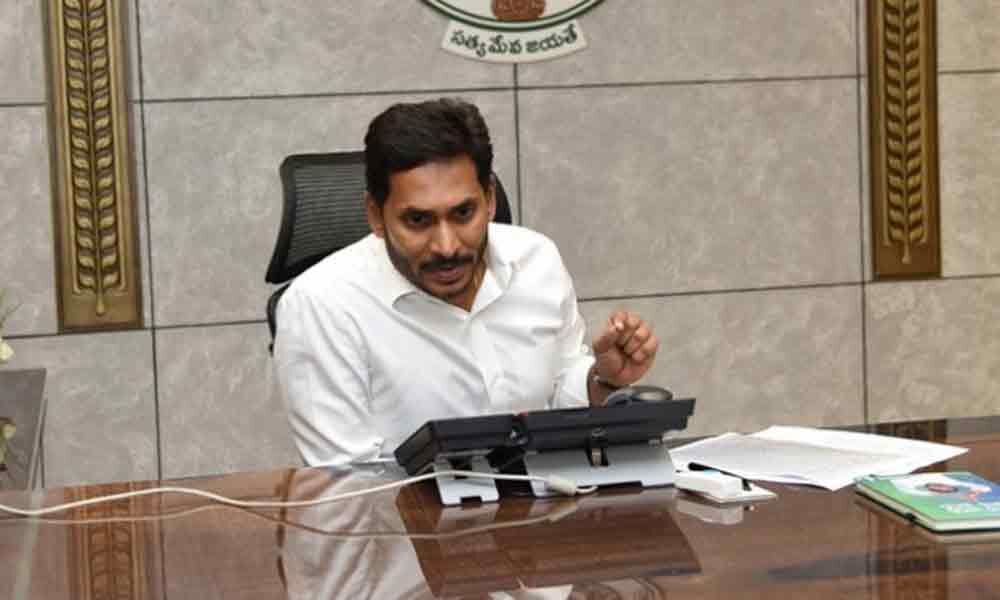 AP Chief Minister YS Jagan Mohan Reddy has conducted the review meeting over the Spandana program which was held statewide on Monday.

Amaravati: AP Chief Minister YS Jagan Mohan Reddy has conducted the review meeting over the Spandana program which was held statewide on Monday.

On this program, CM YS Jagan has conducted a teleconference with the district Collectors and SP's on Tuesday.

CM YS Jagan has suggested the officials give receipts to the public after receiving their request letters and ordered to resolve the issues in due course of time.

He said the officials should write down the due date to resolve the issue on the receipts that are given to the applicant and instructed to computerized those receipts and save them in the database.

He also said that there is a need to cross-check whether the officials are resolving the issues within the stated time. The Collector's and SP's should monitor them and advised them to make sudden checks.

On this occasion, the Chief Minister said that he would also make surprise visits. As part of the Rachabanda Program, CM YS Jagan said he would inspect the progress of the Spandana program.

CM YS Jagan said that he will hold a video conference with Collector's and SP's on every Tuesday and will conduct a review over the Spandana program.

The Spandana program, which is introduced by the YSRCP government, has received tremendous response from all over.