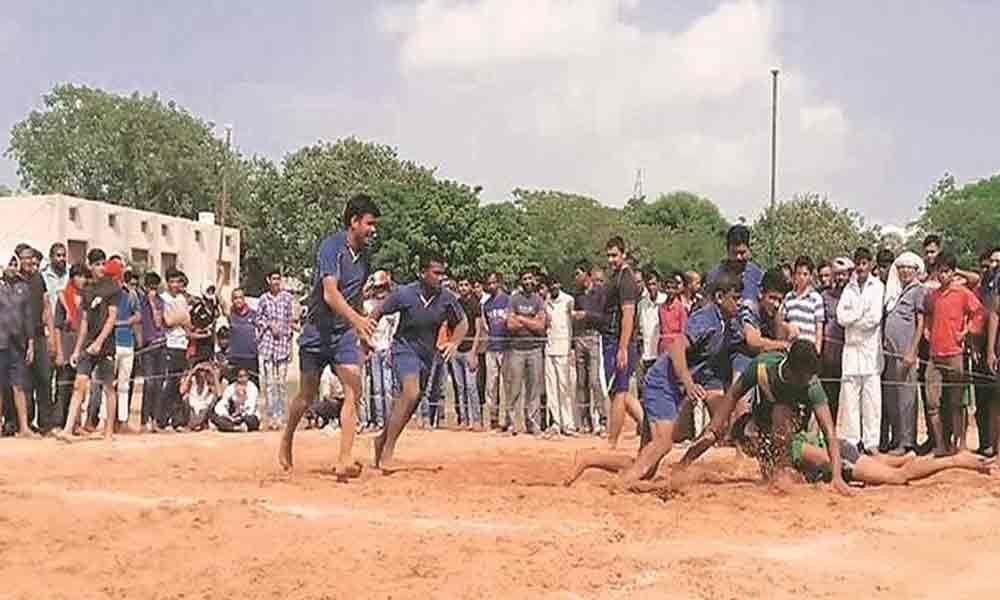 At a time when television is distracting children from studies and diverting them from games, the government schools are bringing back children to the playgrounds.

It is heartening to see students playing games and sports and participate in inter-school competitions, an element missing in scores of private schools. The state government had decided to develop as many as 145 playgrounds out of the 565 government schools in the district. But, it could complete development of only 32 playgrounds in 32 schools.

In 90 other schools, works are progressing at a snail's pace while works have not been started in 23 schools. While last year's targets could not be achieved, the target for 2018-19 year had been fixed for development of 178 schools playgrounds.

Development of playgrounds include removal of old sand and replacing it with new sand and levelling the ground for creation of Kho Kho, Khabadi and Volley Ball courts and 200 metres athlete track for which Rs.10 lakhs has been earmarked for each ground.

A member of development committee in Pamidi mandal Narayana Reddy wants the government to speed up development of play grounds in their mandal and change contractors if necessary. He also said that funds should be made available for speedy completion of pending works.

District Collector Veera Pandian decided to develop playgrounds in all 60 mandals in the district. However works commenced in only 19 mandals. The works are to be executed using NREGS labourers, but no contractor is evincing interest in the works due to non-availability of NREG workers.

One road block for completion of the school grounds was the expiry of Sarpanches official term. After the sarpanches relinquished office and special officers took over, contractors went back on the contracted works.

DEO Janardhanacharyulu told 'The Hans India' that due to non-availability of NREG labourers, the works are now handed over to State Sports Authority and now works are gathering speed. Play field coordinator Akulappa is coordinating the works. Only 30 play grounds have been developed while 90 are in the process of development. A sum of Rs.19.04 crores had been earmarked while a mere Rs.1.24 crores have been spent so far.