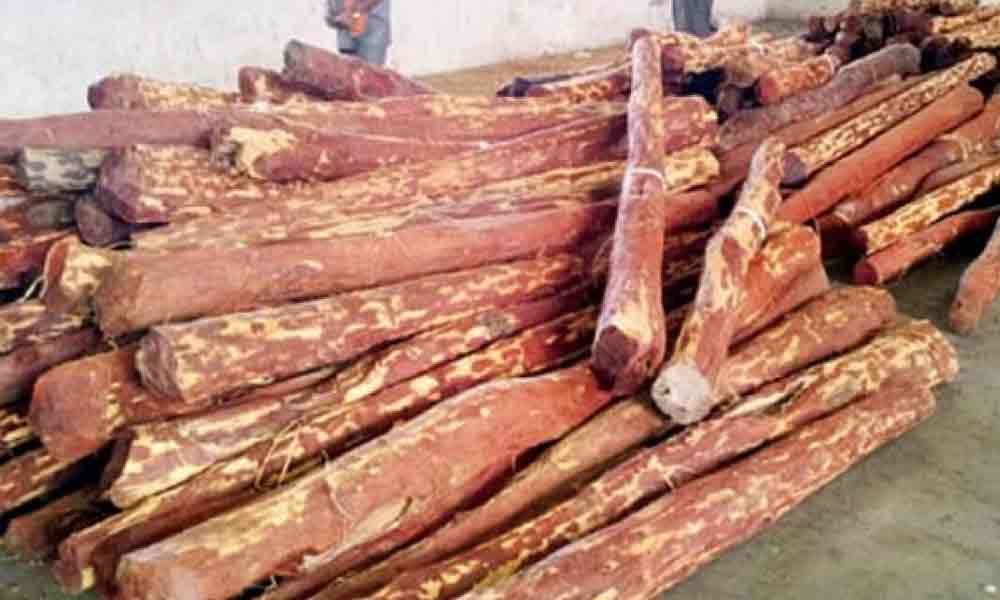 The Forest Department Rangers are keeping a tab on red sanders smugglers, who pass through the district smuggling red sander logs.

Anantapur: Hundreds of vehicles passing through the Chennai-Bengaluru corridor touching the district. The Forest Department Rangers are keeping a tab on red sanders smugglers, who pass through the district smuggling red sander logs.

Recently, the forest personnel directed by DFO A Chandrasekhar embarked on an awareness creation, enforcement raids to break nexus between smugglers in districts and also conduct raids on vehicles and on warehouses etc at the field-level. In the recent raids, red sander logs and vehicles were also seized.

The forest personnel stepped up vigilance on fringe villages bordering Kadapa and Kurnool and inquired into the whereabouts and activities of those listed as smugglers by ensuring that no new smugglers are born.

Vigilance was stepped up in 270 fringe villages and an awareness on the consequences of the Forest Smuggling Act on one hand and taking stringent action on the smugglers as per the act. The intelligence and informer network is also being strengthened by awarding rewards to the informers on smugglers movements and activities and boosting coordination between the department and police and revenue personnel by conducting Naka Bandi and checking all vehicles on the national highways.

District Forest Officer (DFO) A Chandrasekhar told The Hans India that these coordinated actions are yielding positive results and, in the process, red sander logs passing through the district clandestinely had been raided and seized.

The results have boosted the morale of the field personnel and officers and have transformed the district highways into an invincible roadway as the fear of Big Brother's vigilance has neutralised smuggling activity to some extent.