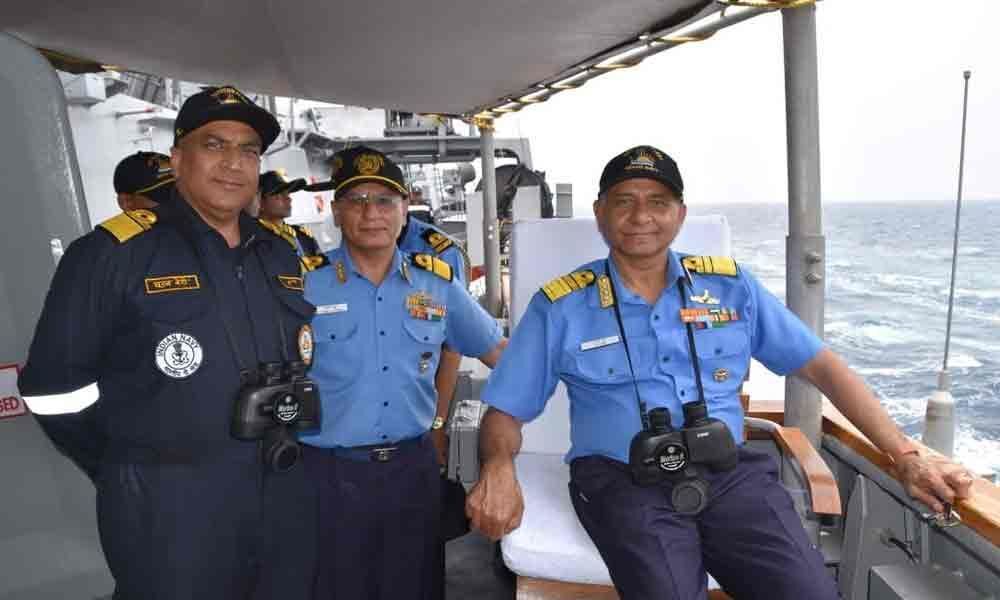 Vice-Admiral Atul Kumar Jain witnessed weapon firings on surface along with aerial targets and other seamanship evolutions undertaken by fleet units. Later, he addressed the officers and sailors of the Eastern Fleet and interacted with the personnel of INS Sahyadri during 'Barakhana'. This was his maiden visit to Eastern Fleet after assuming command of the ENC on May 30.