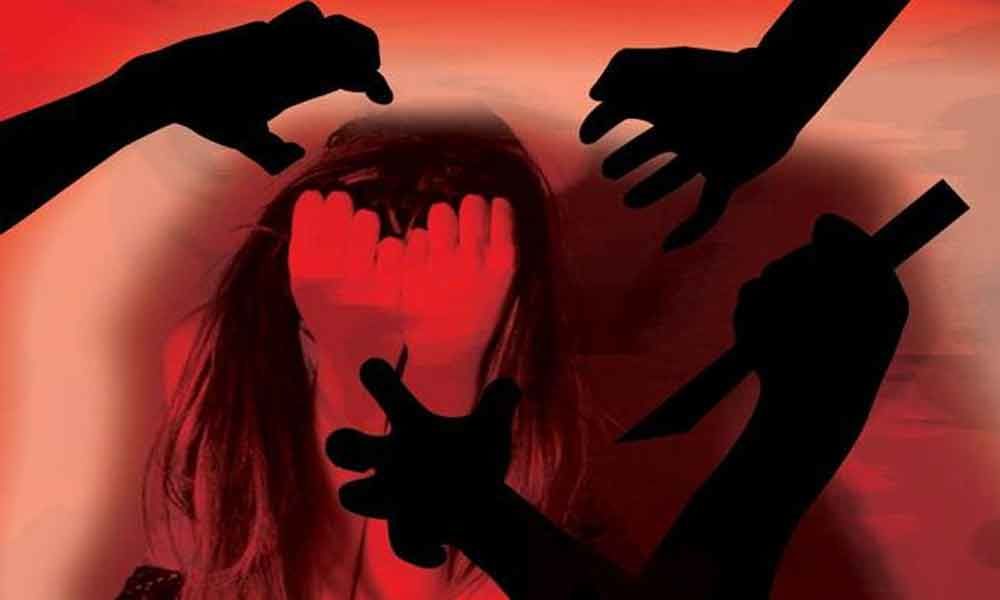 The police have arrested a Grama volunteer for attempting rape on a woman in a village at Kaligiri Mandal of Nellore district.

Nellore: The police have arrested a Grama volunteer for attempting rape on a woman in a village at Kaligiri Mandal of Nellore district.

Over the Rythu Bharosa scheme, a village volunteer of Kaligiri Mandal has phoned the woman at evening 7:30 pm on Monday and told to bring Aadhaar, bank passbook, land documents copies to him.

Beliving him, she went alone to the house of the volunteer and submitted the related papers. While she was about to leave, he dragged her into the room, closed the door and tried to rape her.

As the victim began to scream, he let her go with the fear. After reaching home, she called her husband and disclosed the matter with him. Immediately, they approached Kaligiri police station. On receiving the complaint, the police registered a case, arrested the accused and sent to remand.