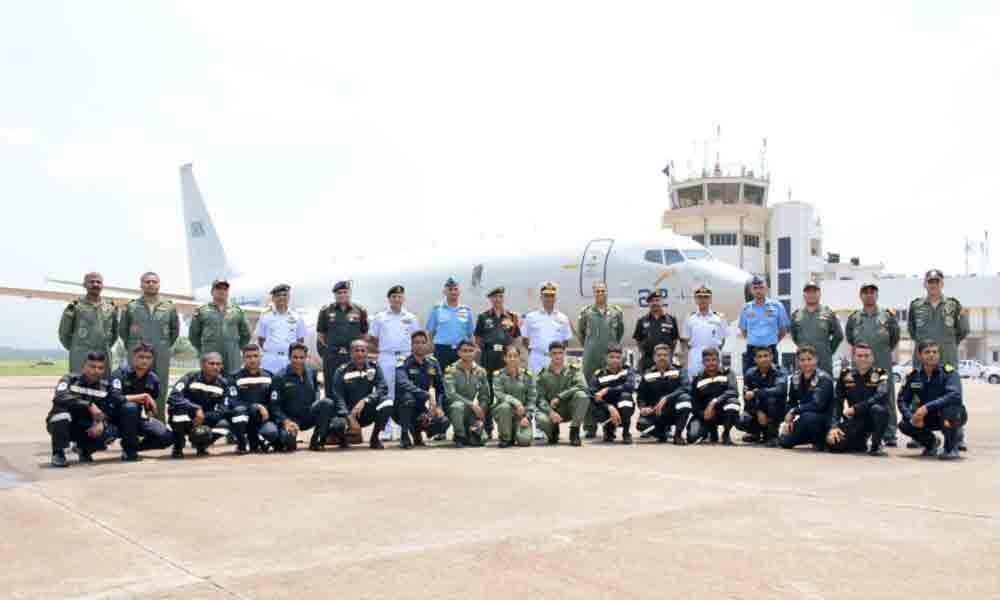 Lt Gen Naravane and Air Mar Mathur interacted with Flag Officer Commanding-in-Chief Vice Admiral Atul Kumar Jain and was briefed on the activities of the Command on Monday. The General Officer and the Air Marshal went on a familiarisation air sortie on Long Range Maritime Reconnaissance Aircraft P-8I from INS Dega, where the CinCs were briefed on the capabilities of the versatile aircraft as a force multiplier in anti-submarine warfare and anti-surface warfare and its role in Maritime Domain Awareness. Later the CinCs visited the Naval Harbour. President AWWA (ER) Veena Naravane, and President AFWWA(R) Shipra Mathur interacted with President NWWA(ER ) Devina Jain and visited some of the Welfare Facilities of NWWA at Visakhapatnam.