Government will enforce prohibition in a phased manner: Deputy CM 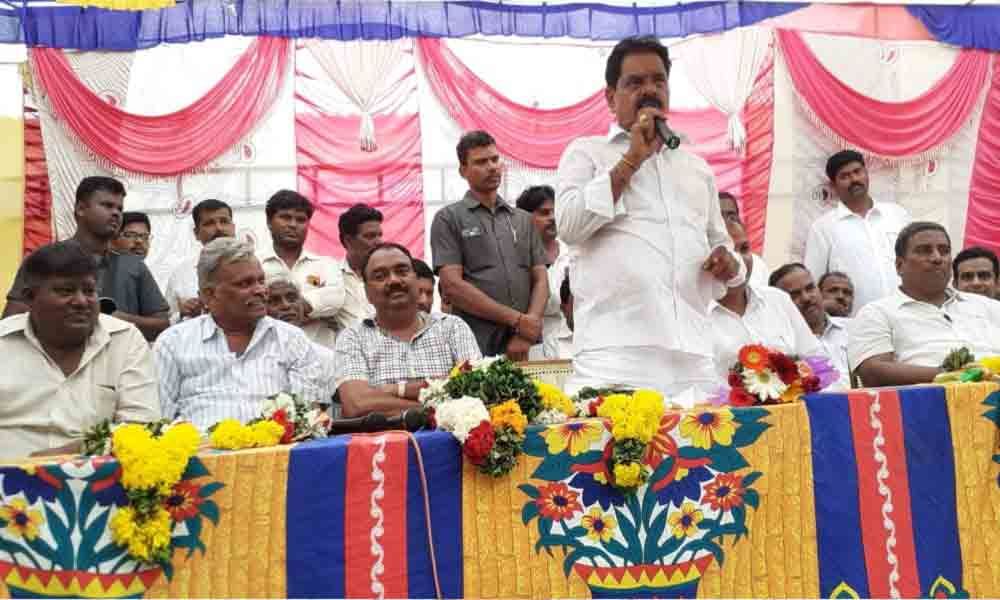 Instructions given to close all belt shops: Excise Minister.

Says CM Jagan wants to make State as a model one.

Swamy stated that the cooperation of political parties, people and the media are crucial for implementing the election promise in the larger interests of people. He participated in a felicitation meeting held at Karvetinagar in Vedurukuppam mandal on Wednesday.

Addressing the meeting, the Excise and Commercial Taxes Minister enlisted the priorities of the State government. He stressed on government's priority in protecting the interests of weaker sections. We are not interested to gain revenue from the Excise department by encouraging liquor sales, he mentioned.

The Minister said instructions were given to the Excise and Police departments to close all belt shops. Narayana Swamy stated that Chief Minister YS Jagan Mohan Reddy wants to make the State as a role model to other States. He said that Jagan had proved his commitment by enhancing salaries of Asha workers from Rs 3,000 to Rs 10,000 per month.

"My government would give priority to complete the irrigation projects so that farmers are benefitted," he added. The Minister made an appeal to district officials to discharge their duties without any fear or favour. Earlier, Narayana Swamy was given a warm welcome at Padirikuppam village, his birthplace, in Varadaiahpalem mandal.