In Telangana they remain silent..but in AP they create an issue: CM Chandrababu Naidu 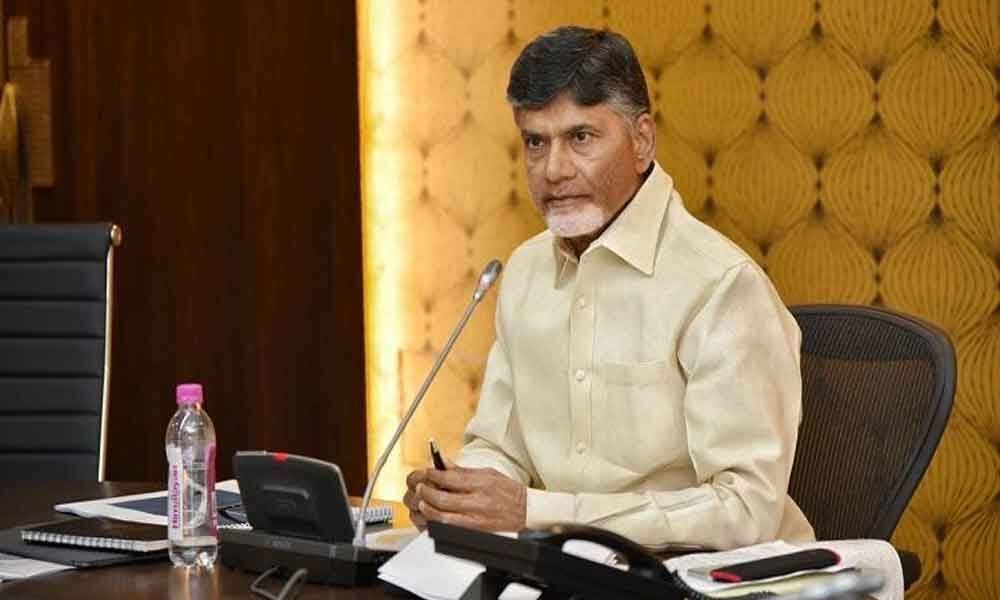 After the conclusion of the 2019 general elections, the TDP national president and AP Chief Minister Nara Chandrababu Naidu have given a call to the party leaders to be ready for the local body elections.

Amaravati: After the conclusion of the 2019 general elections, the TDP national president and AP Chief Minister Nara Chandrababu Naidu have given a call to the party leaders to be ready for the local body elections.

Speaking to media, CM Naidu criticized that the Telangana government can't even conduct the Intermediate exams properly. When CM KCR conducts the review meetings with officials no one opens their mouth and remain silent, but in AP if we conduct any meeting, they create an issue.

He said the officials who are participating in election duties will only come into the limits of the Election Commission and the remaining will work under the state government.

Chandrababu said it's good to work in the respective range limits. If the EC tries to change the limits as per their wish then there will be a disorder in the governance. In these five years, the officials have been cooperating with the TDP government and with their support today the state is in number one position in all sectors.

The TDP supremo alleged that now with the interference of the EC, there are trying to create a split among the officials. With the caste, religion, self agenda, there are making conspiracies in between the officials. CM Chandrababu Naidu said we will effectively face this situation.