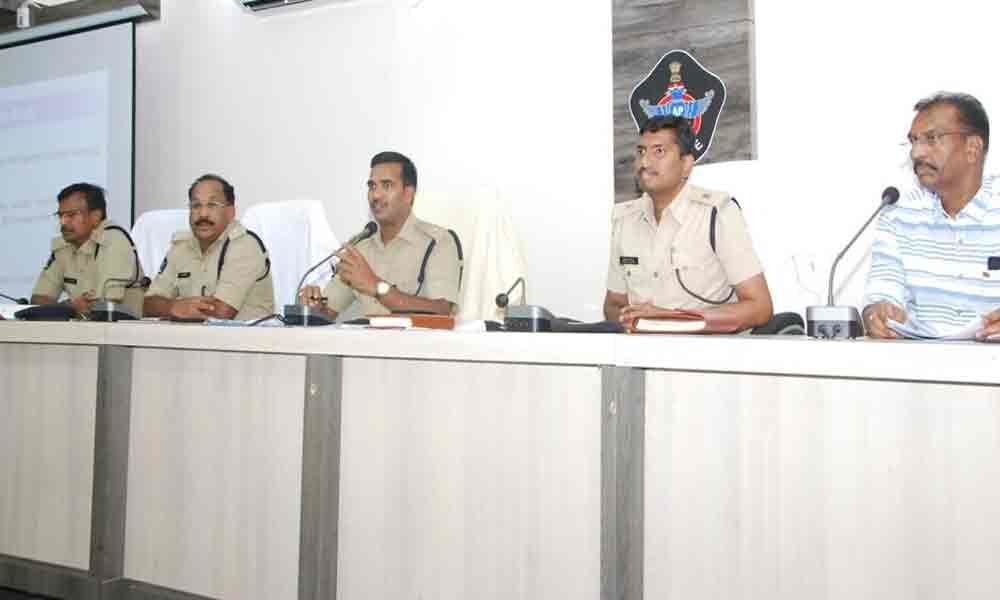 Speaking on the occasion, Vijaya Rao directed the managements of hotels to furnish information over the guests of hotels to the concerned police station regularly.

Guntur: Following the Intelligence Bureau alerts, Urban SP Ch Vijaya Rao directed managements of shopping malls, cinema theatres, commercial establishments, hotels and lodges to set up closed circuit cameras, scanners and metal detectors as part of intensifying checkups in the backdrop of serial bomb blasts in Sri Lanka. He conducted a meeting with managements of shopping malls, cinema theatres, hotels, shops and commercial establishments at the DPO in the city on Saturday.

Speaking on the occasion, Vijaya Rao directed the managements of hotels to furnish information over the guests of hotels to the concerned police station regularly. He also instructed them to inform police, if they notice any suspects and strangers, foreigners and directed them to use cellars for vehicle parking in the busy areas to solve traffic problem.

He reminded that the bomb detection squad intensified the checkups at temples, mosques and cops also intensified vehicle checking to prevent untoward incidents in the backdrop of IB alerts. He warned that if any commercial establishment did not set up closed circuit cameras, scanners and metal detectors immediately, police officials of concerned police stations will impose a penalty. If they did not respond to the notice, the police officials will serve second notice, he said.

He said if the managements fail to respond to second notice, the police officials will take stern action against them. He said CC footage in CC cameras will be useful to police to identify the accused in the crime and sought cooperation of people to check crime and untoward incidents in the backdrop of IB alerts. Additional SP (administration) Y T Naidu, Additional SP Lakshminarayana (L&O) and police officers were present.