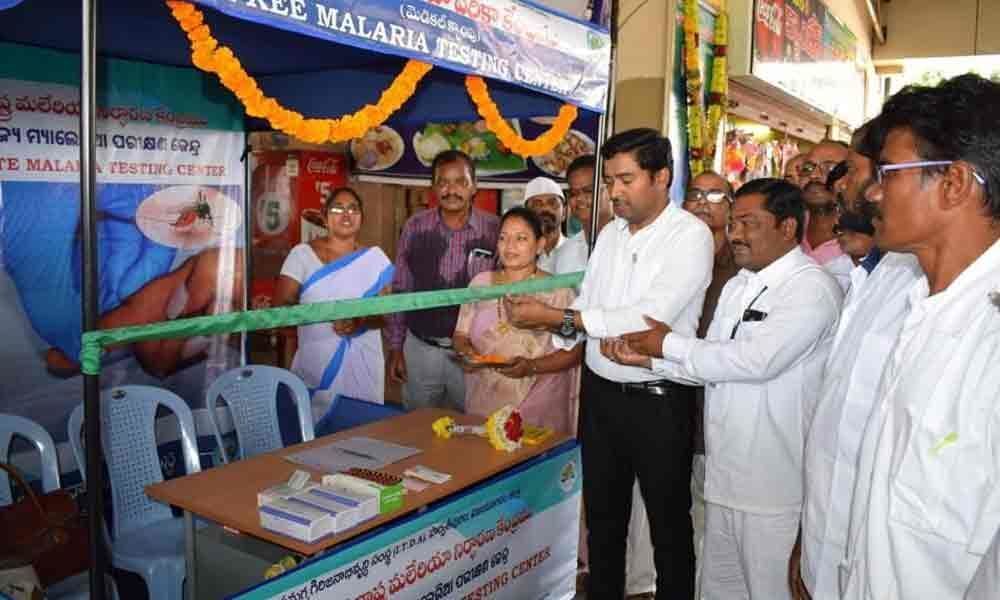 Malaria is one of the deadliest disease which spreads between April and October and it claims scores of lives in agency areas of Parvathipuram of Vizianagaram district.

Parvathipuram (Vizianagaram): Malaria is one of the deadliest disease which spreads between April and October and it claims scores of lives in agency areas of Parvathipuram of Vizianagaram district. The tribes at hill top areas and even the villagers in plain areas also express their concern on how to face the disease if affected. Unhygienic conditions and poor sanitation conditions are the main causes for the spread of malaria.

The ITDA administration has started campaigning and awareness programmes on Thursday on the occasion of World Malaria Day. District wide awareness activities were conducted through ralleys and Kalajata in tribal areas. Under the ITDA Parvathipuram, the malaria parasite control measures were started by screening the patients coming from Odisha and other states at railway stations, bus stands by conducting malaria camps.

Persons with positive indications are being treated free of cost at the camps. Dr.Ravi Kumar , District Malaria officer said that the camps are started marking the International Malaria day and expected to continue throughout the epidemic season between April to October. While the malaria detection and treatment is a costly affair at the private hospitals, we are arranging these camps to help the poor, he said.

Constant efforts in various forms is required to prevent the onslaught of malaria in tribal area. While indoor residual spray, anti larval operations, and mosquito nets distribution are carried out under NVBDCP. The the malaria camps at public places help to create awareness and treatment of the patients said Dr. G. Lakshmisha, PO ITDA, Parvathipuram. He stated that the awareness programmes would be continued till the end of epidemic season.