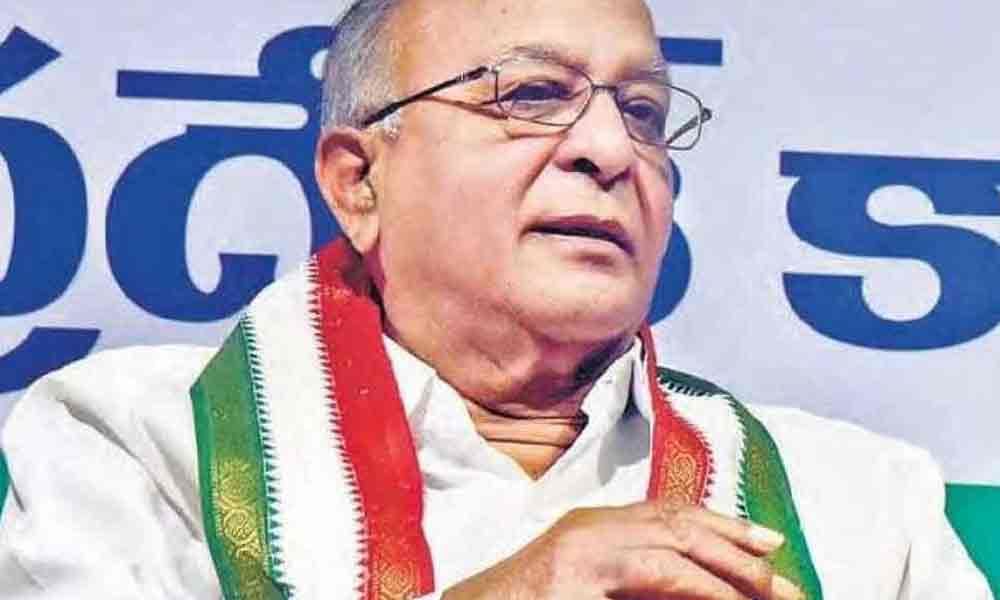 Vijayawada: Congress Senior leader and former Union Minister S Jaipal Reddy has a very long association and strong bond with Vijayawada city and he contributed vastly for the development of the city particularly the infrastructure facilities like Vijayawada Bypass, JNNURM housing and underground drainage project.

The senior politician breathed his last in Hyderabad while undergoing treatment. Politicians and citizens of the city are recollecting their association with Jaipal Reddy with the city.

Jaipal Reddy had visited Vijayawada when he was the Union Minister for Urban development 10 years ago and personally visited the houses constructed in YSR Jakkampudi colony. He sanctioned 27,000 houses to poor under the housing project in Vijayawada city.

The Central and State governments and Vijayawada Municipal Corporation jointly constructed thousands of houses in Jakkampudi, Vambay Colony, Ajit Singh Nagar, Gunadala and other areas under the JNNURM scheme.

Vijayawada Central MLA Malladi Vishnu said Jaipal Reddy had responded immediately and sanctioned bypass road for Vijayawada when the local leaders informed him that the city needs it.

When Jaipal Reddy came to Vijayawada as Union Minister, we informed him on the need for bypass road and he immediately responded positively and sanctioned the road and Rs 70 crore funds for the same, said Vishnu.

He added the former Union Minister had also sanctioned 27,000 houses for the poor to Vijayawada city but the civic body could not get the land for construction of houses. Syed Rafi, who is the staunch follower and admirer of Jaipal Reddy for the last 40 years, expressed his grief over the sudden demise of Jaipal Reddy. He left for Hyderabad to attend the funeral.

Rafi said that Jaipal Reddy was his mentor and the senior politician had always called him whenever he visits Vijayawada. "I have strong association with Jaipal Reddy for 40-long years and he was a scholar and a great person," he added. He said Jaipal Reddy has strong bond with Vijayawada and used to visit the city frequently to participate in the meetings and other main events.