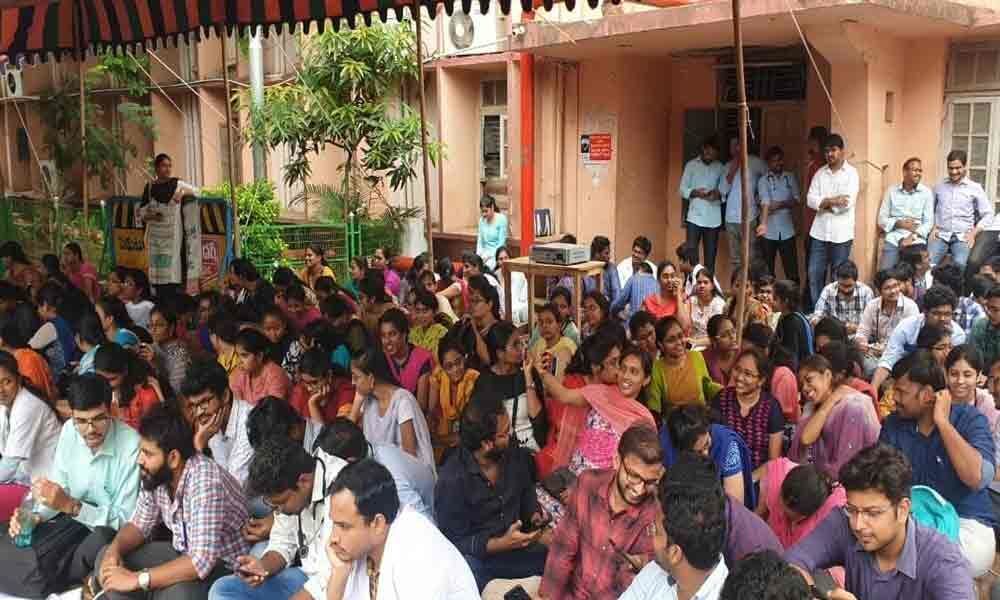 Kakinada: Junior doctors numbering 400 boycotted duties in outpatient ward on the second day in Kakinada Government General Hospital (KGGH) on Saturday. The hospital caters to the needs of 1,500-2,000 outpatient people at an average per day besides another 1,250 in inpatient ward.

The prime demand of the junior doctors is to release their stipend arrears of Rs 4.50 crore pending since February this year to July. According to junior doctors JAC general secretary Dr Vasu Praveeen, on Friday and Saturday, they boycotted outpatient ward duties as part of their demand.

"Though we have been reminding it for the past three months with the concerned authorities, we have not received any positive response till date. We were forced to take the extreme step to boycott the duties," he said. We wait till 9 am on Sunday and decide our future course of action including boycott of emergency duties, said Dr Praveen.