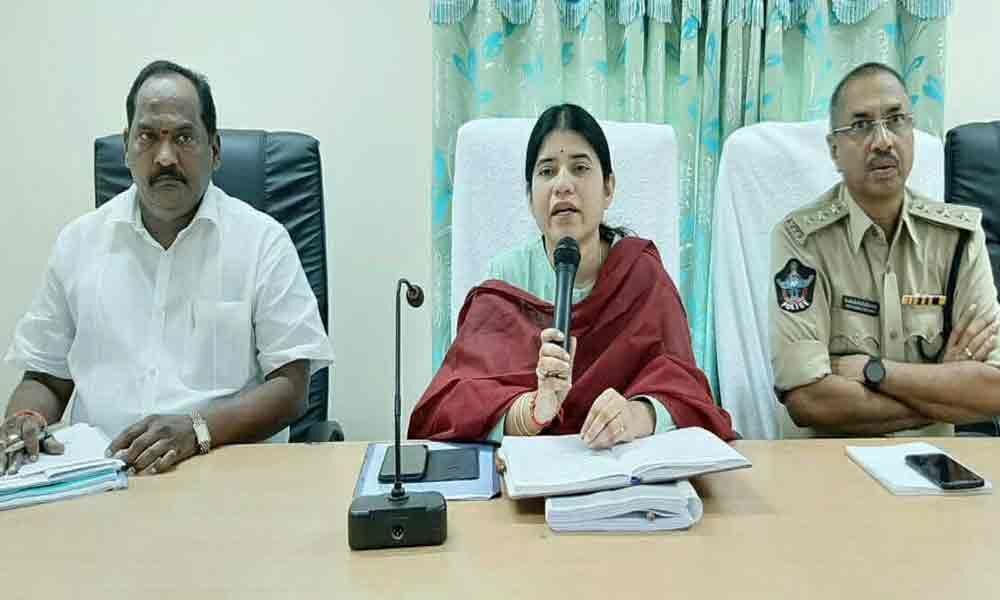 Speaking on the occasion, Kakinada SDPO P Ravi Varma said that as section 30 was in force in Kakinada city no rallies, group gatherings, meetings will be allowed. Except for marriages, function halls in the city will not be allotted for any other purpose, the SDPO made it clear. Kakinada Urban Tahsildar Ch Prasad also participated.