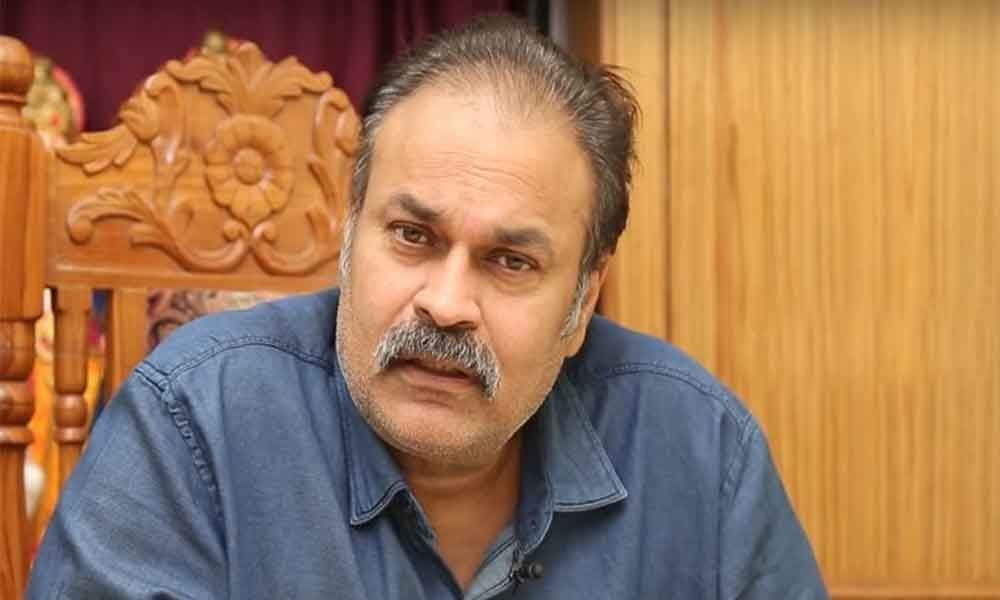 After the completion of the polling process, Mega brother Nagababu has made interesting comments over his younger brother and Janasena party chief Pawan Kalyan.

Hyderabad: After the completion of the polling process, Mega brother Nagababu has made interesting comments over his younger brother and Janasena party chief Pawan Kalyan.

In recent elections, Nagababu has contested as Janasena MP candidate from Narasapuram LS constituency. Regarding his political entry and contesting as MP from Narasapuram, all these incidents have taken place unexpectedly.

Nagababu who was making videos in the support of Pawan Kalyan through his YouTube Channel. With the latest video, he has explained the events that happened behind his political entry.

In the video, Nagababu said that one day Pawan Kalyan has called and asked his opinion over contesting as Janasena MP candidate from Narasapuram constituency. When suddenly Pawan Kalyan asked this question he doesn't understand what to say.

With this, Nagababu has asked 12 hours time to take a decision over it. After which, sometime in the morning he has called up and said ok.

Nagababu said he felt regrets for asking some time to take the decision when brother has offered the MP seat. He still doesn't understand why he has taken that much of time to decide when Pawan Kalyan said.

When I was ready to do any kind of work for Janasena, to contest as MP candidate from the party I still don't know why I have taken time to think? Now it makes me feel that I have done mistake over the issue, Nagababu said.

He said he was scared on hearing as MP candidate. Maybe with that fear I couldn't immediately tell my decision to Pawan Kalyan.

Nagababu expressed confidence that Narasapuram people will elect him as MP and I'll never forget their love and affection.