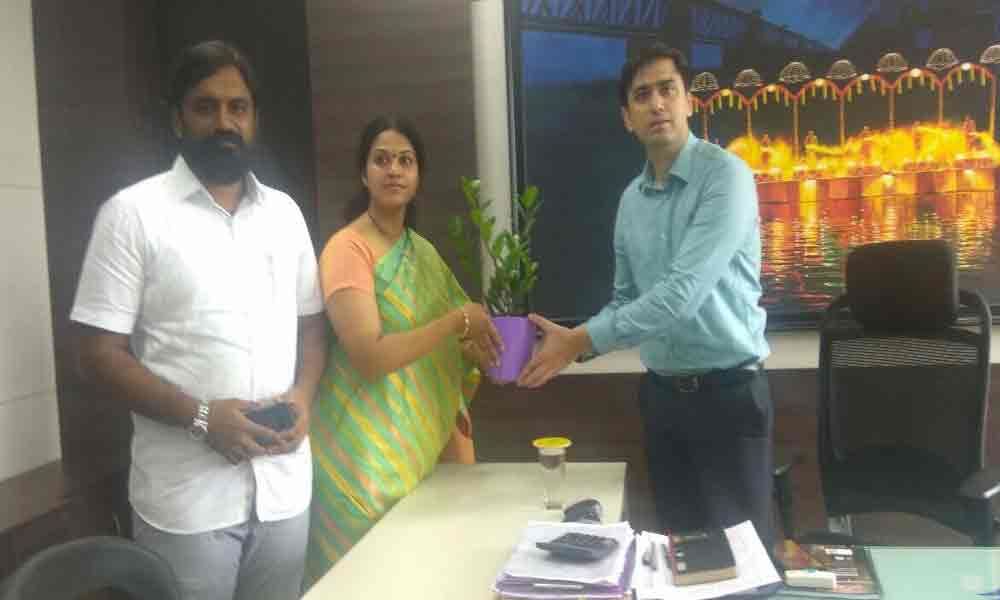 Later, the commissioner briefed her about the ongoing developmental works and welfare schemes in the city. He also gave her details about the distribution of houses, pensions, etc along with the beautification of Kambala and ABN Nageswara Rao park in the city.

He also assured to develop the city on all fronts and asked her to extend her cooperation in this regard. She expressed her satisfaction over the meeting and assured the Commissioner of her wholehearted cooperation regarding the developmental works and schemes that were in progress.